"After a 259-day round-the-world journey, the prop and shaft were still spotless, thanks to Propspeed."

The industry-leading foul-release coating kept Jeanne’s running gear clean, freeing her up to focus on her challenging solo voyage. 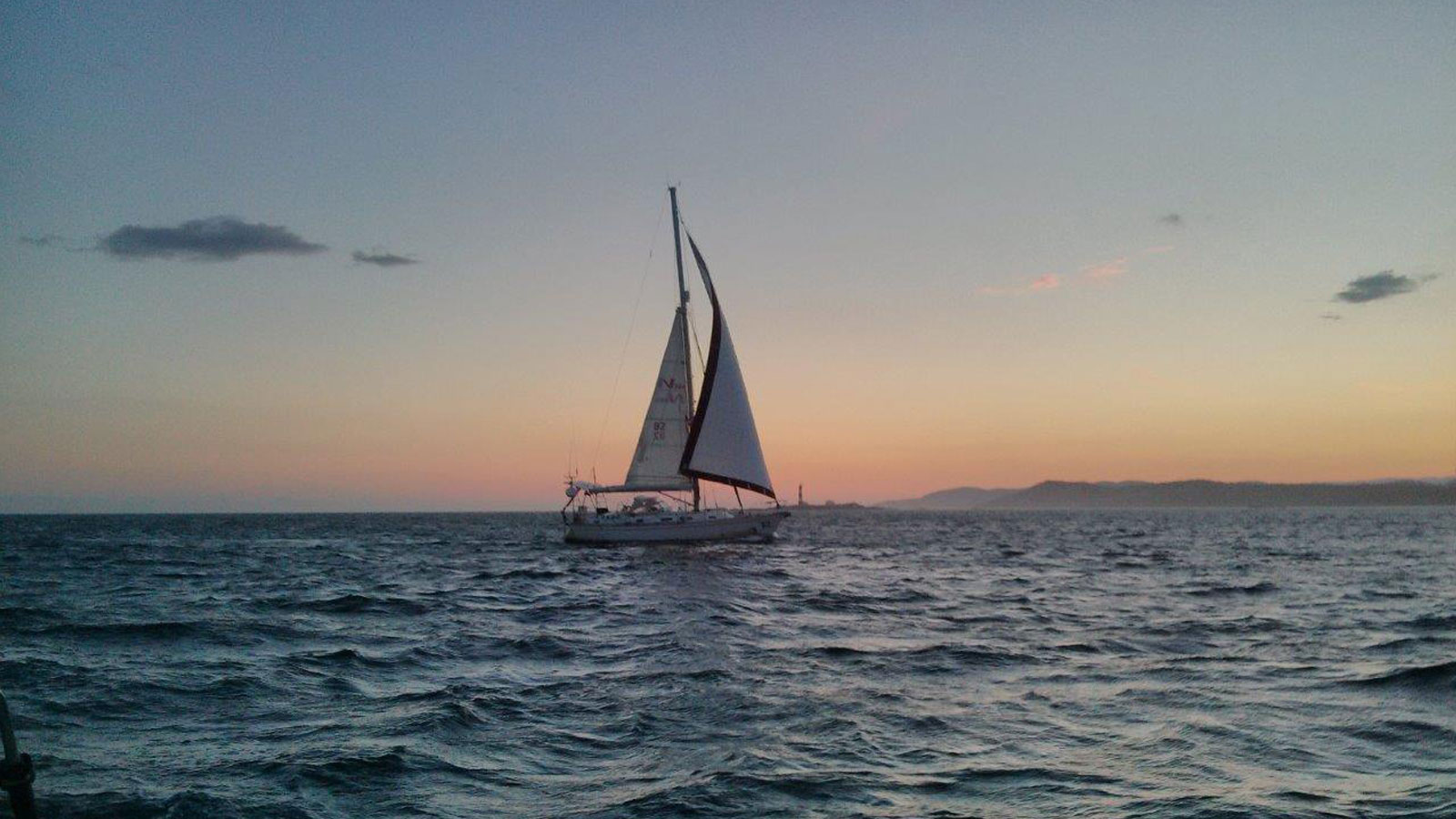 S/V Nereida and her owner, British yachtswoman Jeanne Socrates, are round-the-world champions. In 2013, Jeanne became the first and only woman to sail solo, nonstop around the world from North America as well as the oldest woman to solo-circumnavigate the world, just 33 days shy of her 71st birthday.

Prior to embarking on her eight-and-a-half-month global journey, Jeanne applied Propspeed foul-release coating to the propeller and shaft of her Najad 380’s autoprop as well as a fresh coat of antifoul to the hull. 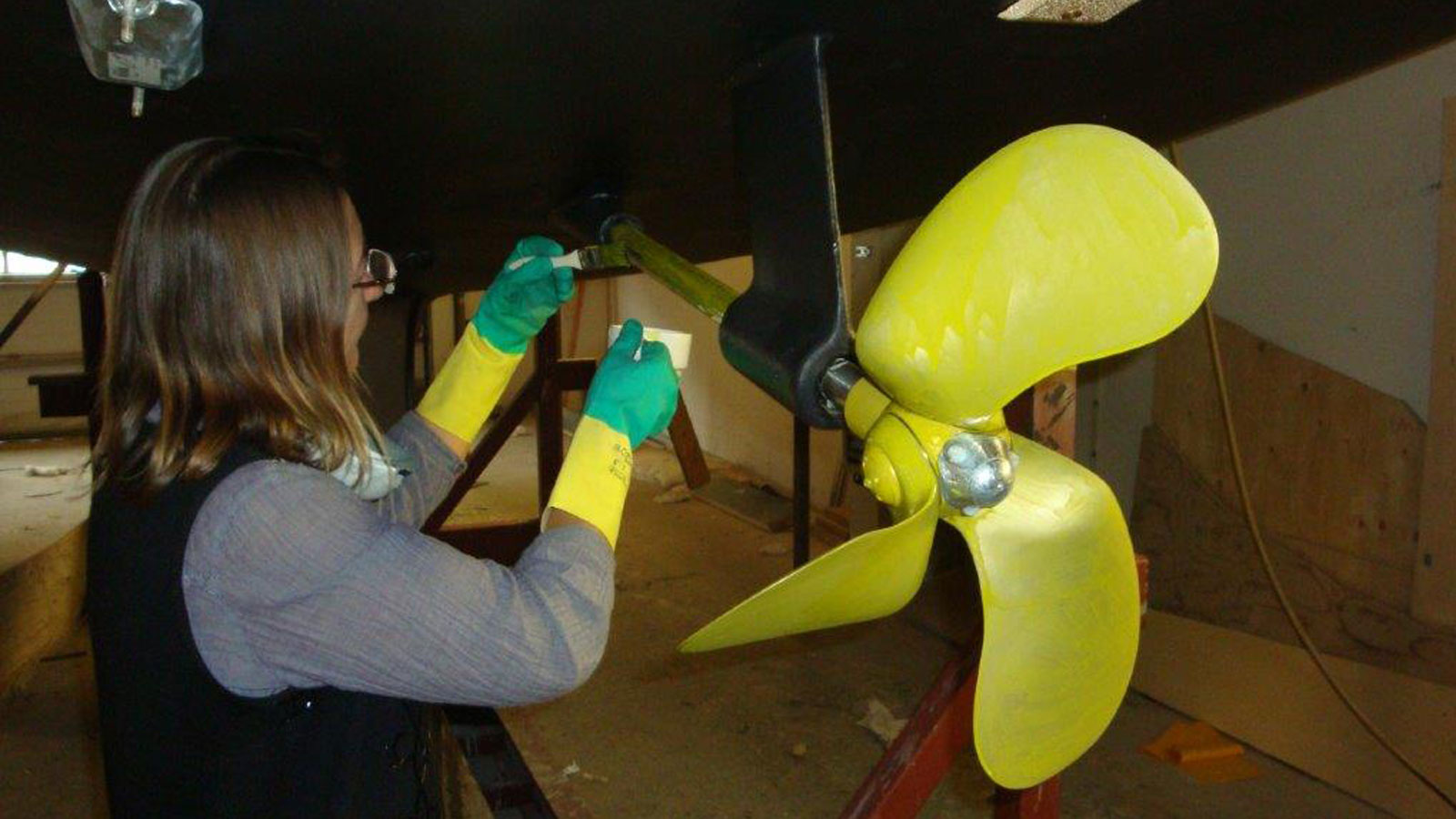 An experienced seawoman who began sailing with her late husband, George, in 1990, Jeanne has been using Propspeed for many years and is greatly pleased with its performance, noting that it lasts well when carefully applied. “So many people have been impressed with my Propspeed coating and its usefulness in keeping the prop clean while on my travels,” she says. Particularly useful, given that achieving the world record required that she not touch land nor receive help of any kind while under way.

Jeanne successfully completed her nonstop, single-handed, unassisted voyage at 2:26 am on Monday, July 8, 2013, when she passed Ogden Point, the entrance of Victoria Harbour, Canada, exactly 259 days after leaving Victoria in October 2012. The photos below show Nereida’s underside immediately after her journey, with the coating on the prop and shaft still looking spotless in contrast to the heavily fouled hull! 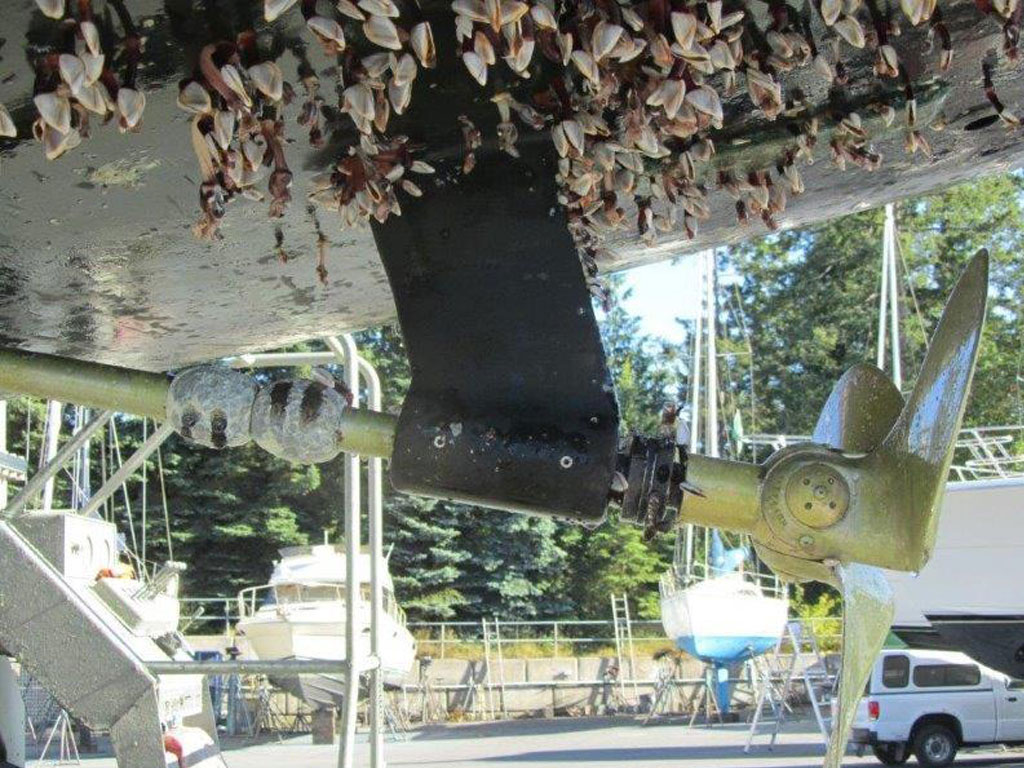 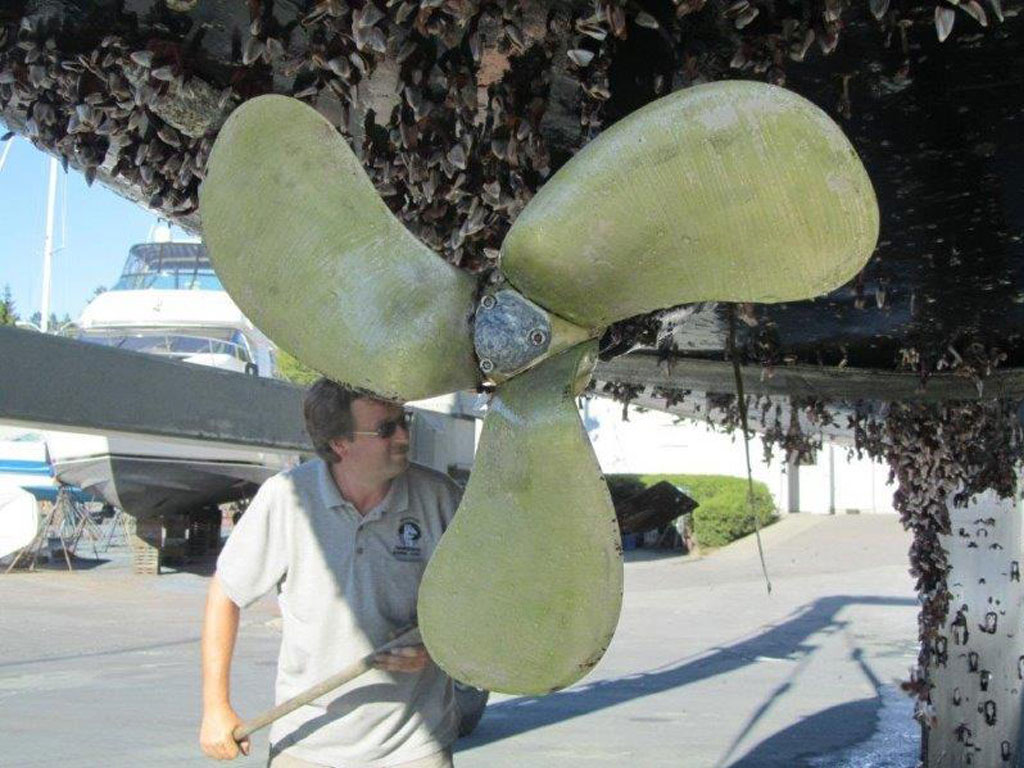 "After a 259-day round-the-world journey, the prop and shaft were still spotless, thanks to Propspeed."