"We will never leave the props or underwater running gear uncoated. We’re converted! We’re convinced that Propspeed is worthy." 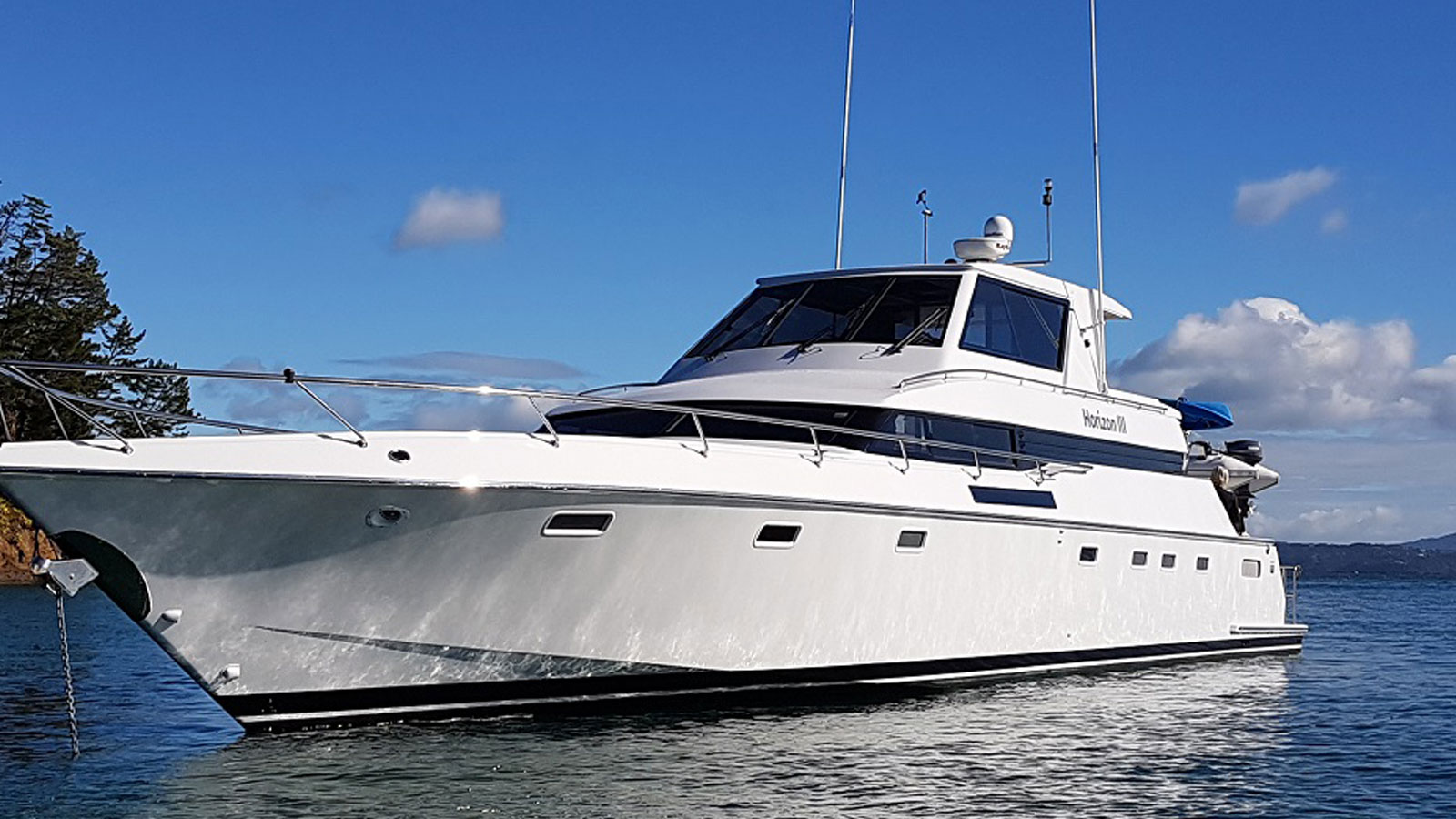 Back in January 2018, Hamilton boatie John Cook embarked on a voyage around New Zealand on his 21-meter Warwick motor yacht Horizon III, his first attempt at such a trip. Shortly before his departure, John met Propspeed's Clint Jones at a local watering hole, where the two started chatting about John’s plans. Naturally, Clint suggested that he have Propspeed applied and report back to us on how it performed. Very well, it turns out.

Though he had clearly done his homework and had an experienced seaman, his brother Robin, by his side, the trip was not an easy one, beset as they were by miserable weather for the bulk of it. While conditions were challenging for Horizon III and its tiny crew of two (occasionally three with John’s partner, Joanne, guest starring), they certainly put Propspeed through its paces. 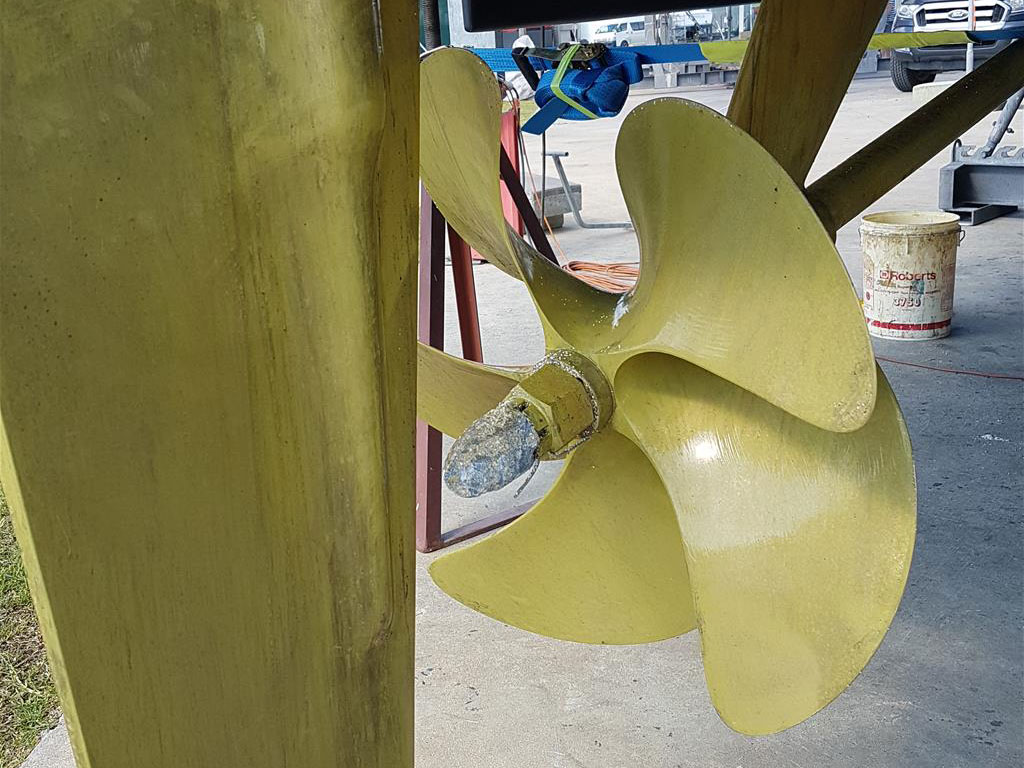 “We had Advanced Marine Spray Painters at Hobsonville Marina do the work while we focused on the antifouling,” John says. “When we got back from the trip and had the chance to view the underwater parts of the boat clearly, we could see that everything looked pretty good below the waterline; everything looked clean,” John says. Seeing that the props, particularly the rudders, were in good nick, he decided to leave the boat in the water over winter and wait till later in the year to prepare her for summer.

Horizon III was finally hauled out on Wednesday, October 3. As the workmen lifted the boat, “our first impression was, ‘Why are we taking it out of the water?’ The props and all the Propspeed componentry were pristine!”

The hull’s antifoul, while clean, had worn quite thin. “It looked great and was completely intact but had been abraded by all the sea miles we had done. But the surprise to us was that there were only very minor marks on the Propspeed where we had probably hit submerged twigs.” In the South Island and up the east coast in particular, the brothers had encountered enormous amounts of storm debris in the water.

“Robin and I were both expecting to see a lot more evidence of striking those objects, but apart from minor abrasions on a couple of the propeller tips, the Propspeed was still as tacky to the touch as it was immediately after application in January, prior to our trip. Overall, the underside of the boat was in perfect condition, considering the long voyage through lots of debris and rough seas.” 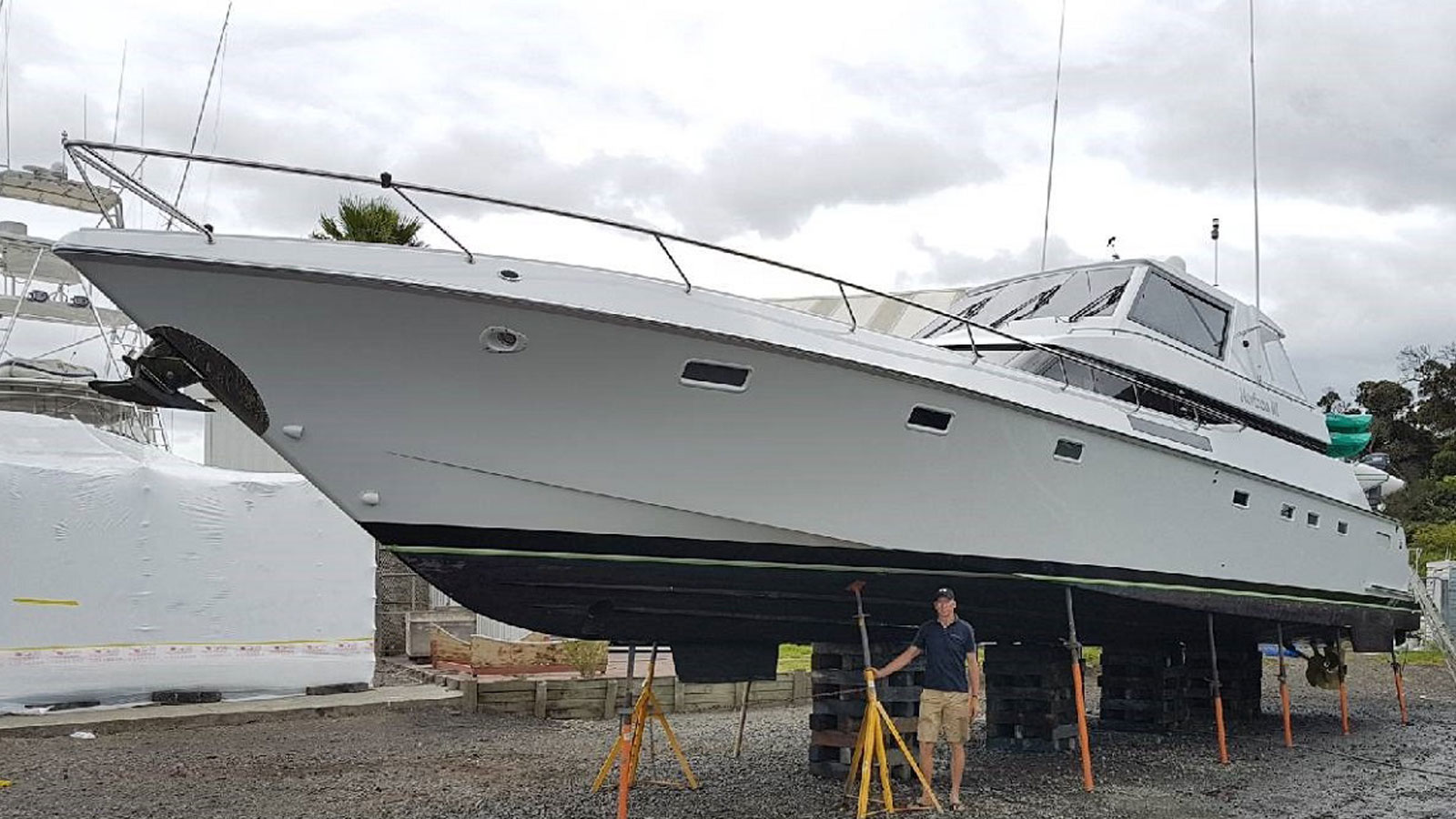 The boat cleaners even asked John, “Why do you want to redo the Propspeed? It’s perfect; leave it.”

“So, without any prompting, even though they were being paid to do the work, they concluded it would be a waste of my money to reapply.” John admits to being “very surprised. When the boat came out of the water, I thought, Oh, my god! It was mint. The Propspeed was in perfectly serviceable condition for at least another year.”

Though John has used Propspeed before, he was expecting it to be well worn and in need of reapplication, “a perfectly reasonable expectation. After all those sea miles and a hell of a lot of work driving the boat, that coating withstood everything we threw at it. Barnacles and the like can affect balance and introduce vibration and degraded performance. We know that a clean, uncontaminated surface will aid fuel consumption and speed through the water, so it was important for us that we had a coating on there.”

But not just any coating: “We will never leave the props or underwater running gear uncoated. We’re converted! We’re convinced that Propspeed is worthy.”

It’s a good thing too, as John plans to revisit most of the places they went, spending more time in Preservation Inlet and Dusky and Doubtful Sounds in particular. “We missed exploring these in depth due to the heinous weather, but the glimpses we were afforded were spectacular!”

Whatever the weather this time around, John and Horizon III can count on Propspeed for smooth sailing.

“Before Propspeed, barnacles and other contamination were seriously affecting performance and fuel consumption, particularly with long gaps between trips away at sea. Now fuel consumption remains constant with each trip, regardless of how long between uses.”

"When the boat came out of the water, I thought, Oh, my god! It was mint. The Propspeed was in perfectly serviceable condition for at least another year."