To Protect and Serve

"Te Mataili is using on average 25 liters per hour less fuel than before the refit, equating to approximately a 15 percent reduction in fuel costs." 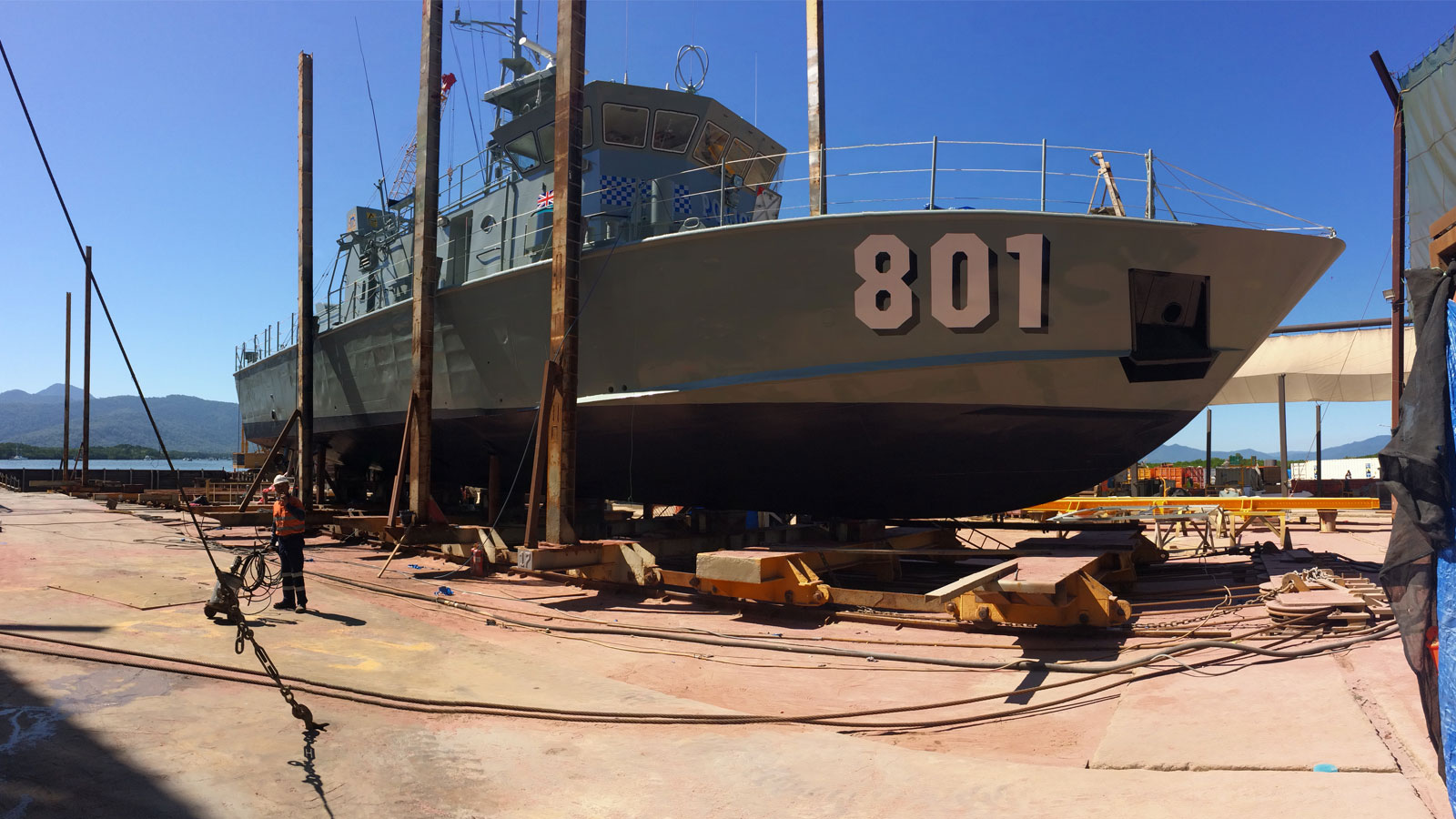 Formerly known as the Ellice Islands, Tuvalu is a tiny Polynesian nation located midway between Hawaii and Australia. Just 26 square kilometres (10 square miles) in total landmass, it is the smallest Commonwealth realm, ranking 193 of 196 countries by area, eclipsed only by Tokelau, Monaco and the Vatican City. The HMTSS Te Mataili monitors the waters surrounding Tuvalu’s three reef islands and six atolls, safeguarding a population numbering 10,640 as of its last census in 2012.

In 1982, the United Nations Convention on the Law of the Sea made several island nations, including Tuvalu, responsible for policing an ocean area far beyond their capability. Following requests for aid, the Australian government built 22 Pacific-class patrol boats then donated them to 12 South Pacific countries. Te Mataili, handed over in 1994, is one of these. Tuvalu’s Exclusive Economic Zone (EEZ), the sea area where it has special rights regarding the exploration and use of marine resources, dwarfs its landmass by a ratio of almost 1:28,000.

In September 2016, Te Mataili underwent a planned docking at Tropical Reef Shipyard in Cairns, Australia. During this docking, Propspeed was applied to her propellers for the first time and closely monitored to assess its impact on fuel burn and vessel speed.

Four months after the application, Te Mataili’s crew reported promising results thanks to Propspeed: an average decrease of 25 liters of fuel per hour, representing a reduction of roughly 15 percent in fuel costs. The HMTSS Te Mataili is the only surveillance capability Tuvalu has for protecting its waters from illegal fishing and drug-smuggling, so the economic and social impact of this savings is nothing short of profound.

"Te Mataili is using on average 25 liters per hour less fuel than before the refit, equating to approximately a 15 percent reduction in fuel costs."