Thanks to extensive restoration work including an application of Propspeed, this steam-powered 365-ton tugboat from a bygone era is running better than ever. 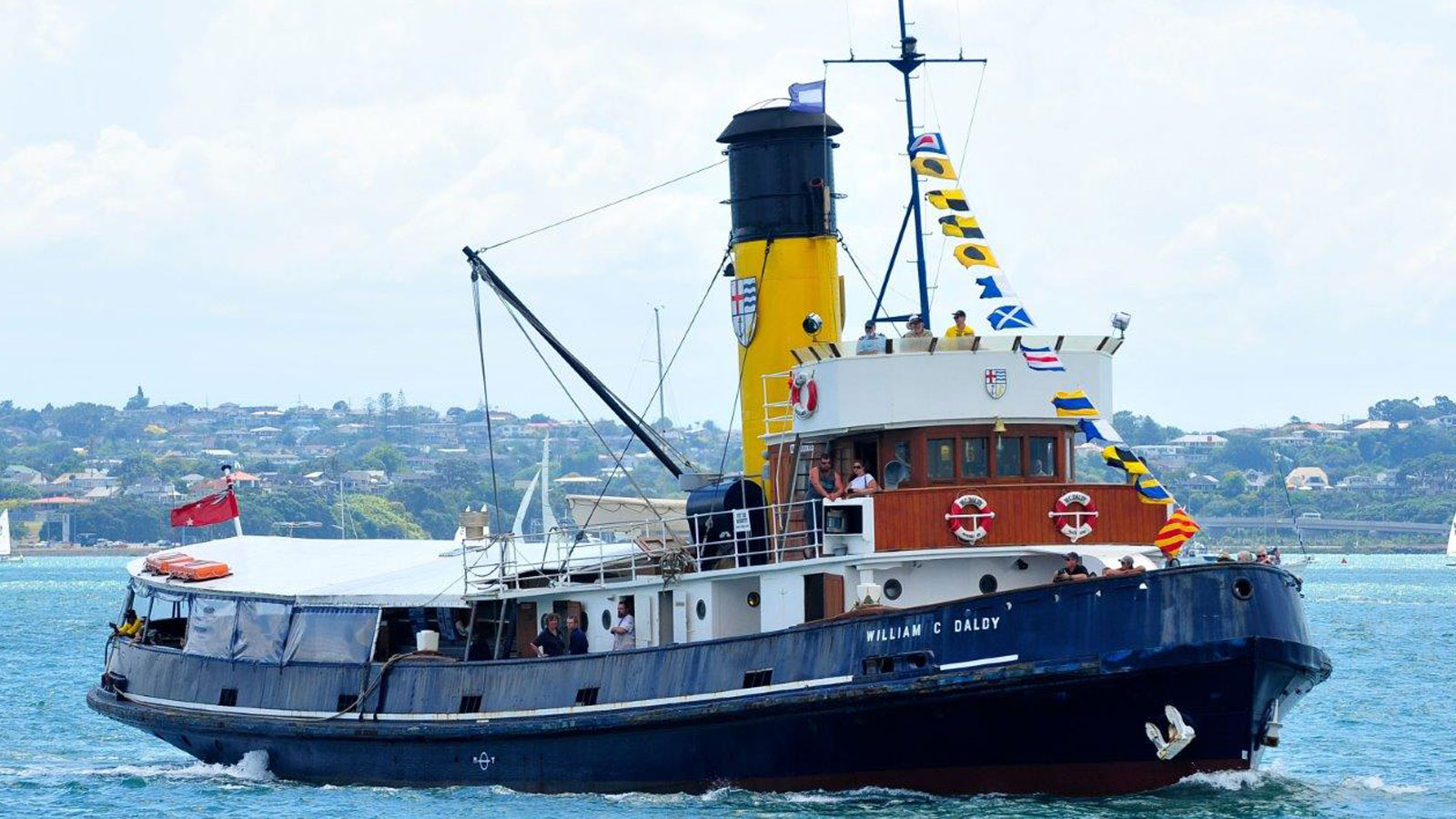 Built in Scotland in 1935, the William C Daldy is the world’s last hand-fired, coal-burning heritage steam tug of her class still operating commercially today. “The fact that she remains largely original and fully operational contributes to her rarity,” says Keith Ingram, marine superintendent of the William C Daldy Preservation Society, who bought the boat from the Auckland Harbour Board when she was retired in 1977. These days, the Daldy is moored at Hobson Wharf in the heart of Auckland City and steams around the harbor on charters and local celebrations several times a year, including the Auckland Heritage Festival and Auckland Anniversary Day.

Listed as “a historic ship of unique significance and originality, worthy of preservation” on the World Ship Trust’s international register of historic ships, the Daldy is now 83 years old and remains “Auckland’s own” steamship, a living piece of maritime history.

“Because the tug is the last surviving example of her type in the world today—she is still hand-fired, coal-burning, with two massive triple-fired Scotch boilers—hull efficiency is important to fuel burn,” says Keith. “The tug, when steaming, will consume up to one ton of burning coal per hour. This is a significant cost to the Society.”

Why so much coal? The Daldy’s twin triple-expansion engines are likely the largest operating in the Southern Hemisphere, each delivering 980 ihp. Together, they spin 115 rpm at 185 psi to power twin bronze propellers, each weighing 3.4 tons and measuring 11 feet, 9 inches in diameter. At full steam, the Daldy can still run a mile at 13.5 knots, her original sea-trial speed. In addition to the two main engines, 15 more rely on steam to power all manner of pumps, forced draft for the boilers, and a motor for the power generator and two main winches, among other things.

“Today, the tug looks better than the day the Society rescued her from the knacker’s yard,” Keith says proudly. “Credit must be given to the early members of the Society, who took on the role of guardians to preserve and restore the ship so that future generations would be able to enjoy the experience of a real living steamship.”

From the time the Society took ownership, the Daldy has been restored bit by bit, one docking at a time. “Sponsors, trusts and government funders [needed to] see progress and value for money,” explains Keith. “The challenge, then, was to keep improving her while ensuring that the public had reasonable access and could enjoy the experience of being on board.

This most recent haul-out, Propspeed was among these sponsors, supplying 8 liters of Propspeed - effectively one liter per blade—for Henley Engineering to complete the job. “This ‘haircut and shave’ docking still required a budget of over $130,000”—not factoring in hundreds of donated tradesman and volunteer hours, goods and services. “The true cost of this docking would have been close to $200,000 [NZD].”

This year’s Propspeed application, Daldy’s first, came more than two years after the first attempt in August 2015, which was scuttled by a dock-sharing conflict. Before that, it was “polished props or a variety of coatings from lanolin to hull-hard antifoul paints, with varying success—or not.” Between dockings, the Daldy experienced a massive efficiency loss: “Fouling build-up on the props increased coal burn, and we were slower in the water. The cost-per-hour’s steam in distance traveled increased by about 30 to 40 percent.” 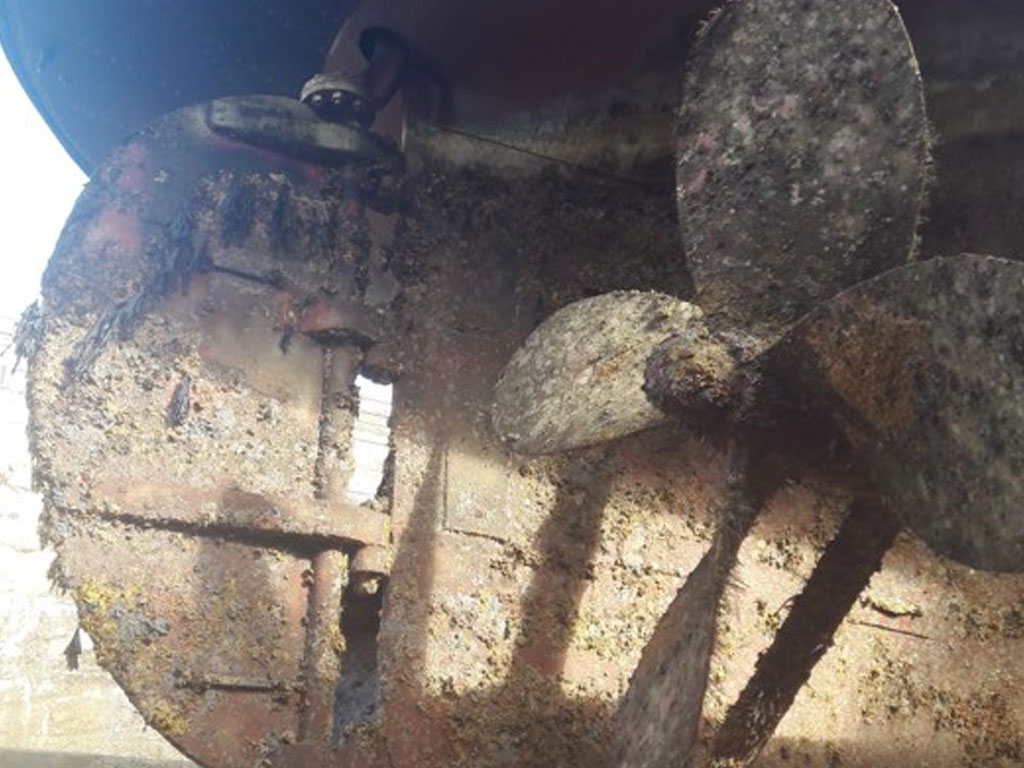 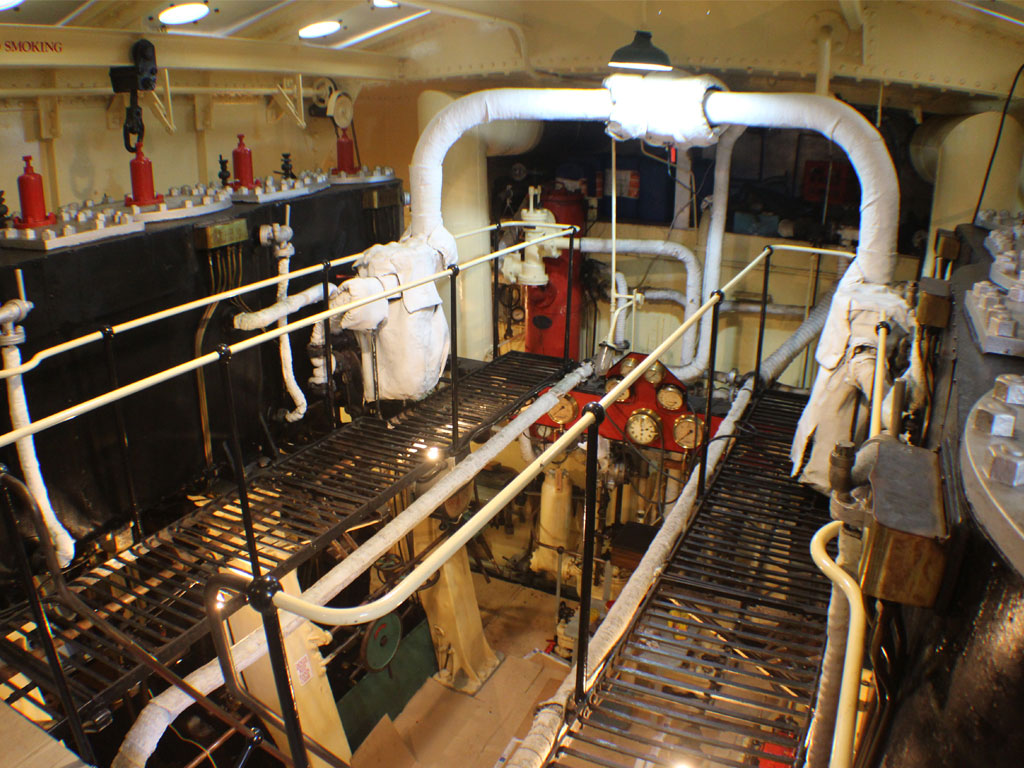 With the Propspeed now on, Keith is looking forward to a return to optimal performance, a comfortable 8 to 9 knots at half steam. “Accumulated barnacles and other marine growth severely impacted the tug’s performance. At the end of our cycle, we had to steam full ahead and could reach only 7 or 8 knots.”

Keith and the Society are grateful for the outpouring of support from the Auckland Council and local businesses. “Getting Propspeed to supply Propspeed product and Henley Engineering to clean and check the propellers is of significant value to the Society and makes our operating efficiencies so much better. We’re very comfortable about the protection we now have underwater,” which also includes 40 sacrificial zinc anodes.

“A dead weight of 365 tons of steel immersed in saltwater is a recipe for corrosion, so we have to take all due care. We’re really pleased to have Propspeed partner with the William C Daldy Preservation Society to help protect our underwater features and give us operating efficiencies by improved speed through water. Now that the propellers have been professionally coated with Propspeed, we are confident they will remain clean and efficient until our next docking in two years.”