Propspeed - A Cleaner Solution for Underwater Growth and Corrosion

As a company, Propspeed is dedicated to creating solutions that are not harmful to the environment and help with challenging environmental issues like the spread of invasive species, making vessels more efficient, while reducing fuel usage and emissions, and protecting underwater metals from the destructive effects of corrosion.

With the consequences of global climate change on the rise and extreme weather events becoming more and more prevalent, the importance of protecting the environment and our oceans is vital now more than ever. As a company, Propspeed is dedicated to creating solutions that are not harmful to the environment and help with challenging environmental issues like the spread of invasive species, making vessels more efficient, while reducing fuel usage and emissions, and protecting underwater metals from the destructive effects of corrosion. 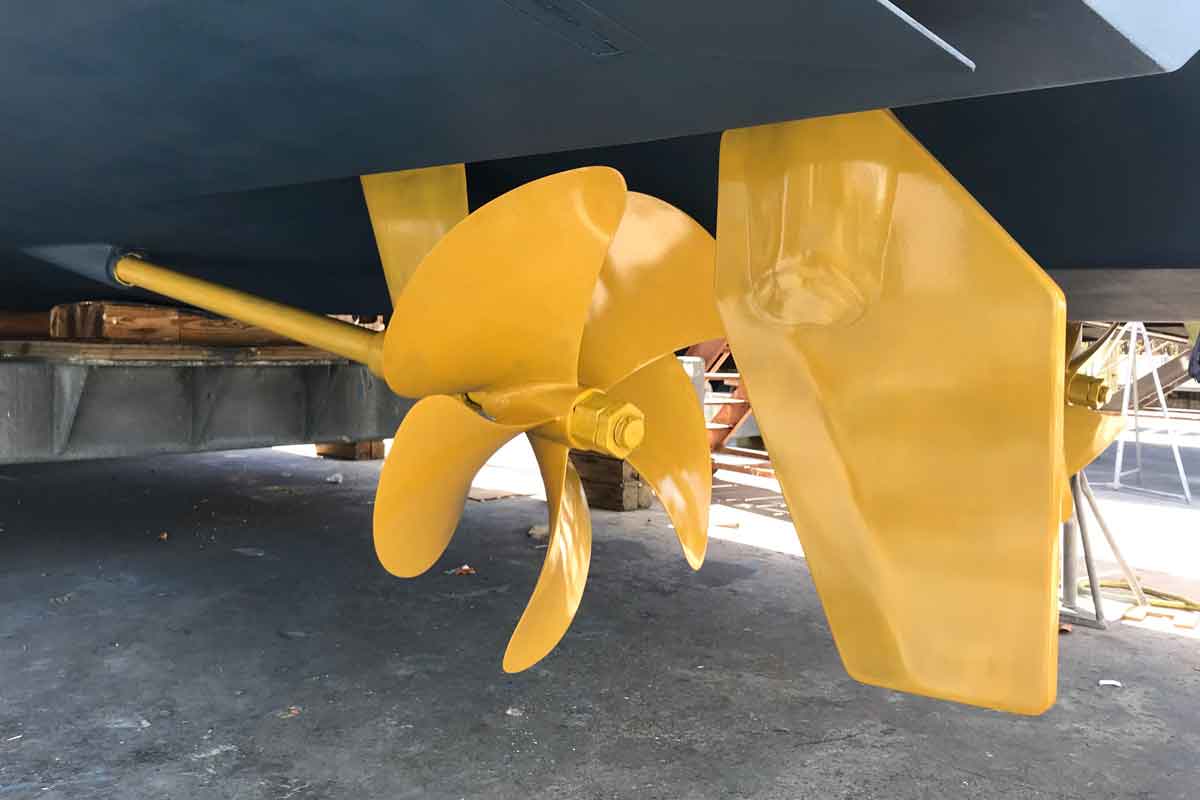 Propspeed applied to all underwater metals

The Propspeed product line, which includes Propspeed for running gear and any underwater metals, Foulfree for transducers and Lightspeed for underwater lighting, is a line of biocide free, foul-release coatings which differ from traditional antifouling. While both antifouling and foul-release coatings prevent marine growth from colonizing on underwater surfaces—how they do it differs greatly. Antifouling paints use a biocide or toxin as their active ingredient and come in a range of hardness, from very hard antifouls, which steadily leach biocides from their porous surface, leaving behind a depleted film, to soft ablatives formulated to erode and slowly release biocides over time.

Propspeed is biocide free, meaning that instead of killing marine growth with toxins and contributing to further environmental impacts, it creates a slick surface that prevents marine growth from attaching to underwater assets. Any marine growth that does form is easily wiped away or falls off through propeller or vessel movement. Dealing with invasive aquatic species is a complex and challenging issue that the commercial marine sector in particular faces with real environmental and financial impacts. The Propspeed coatings ensure that any invasive species that try to secure themselves to a vessel’s running gear or niche areas are left in the location they belong before being transported into other waters. This makes Propspeed an important component of a commercial operator’s invasive species management plan. 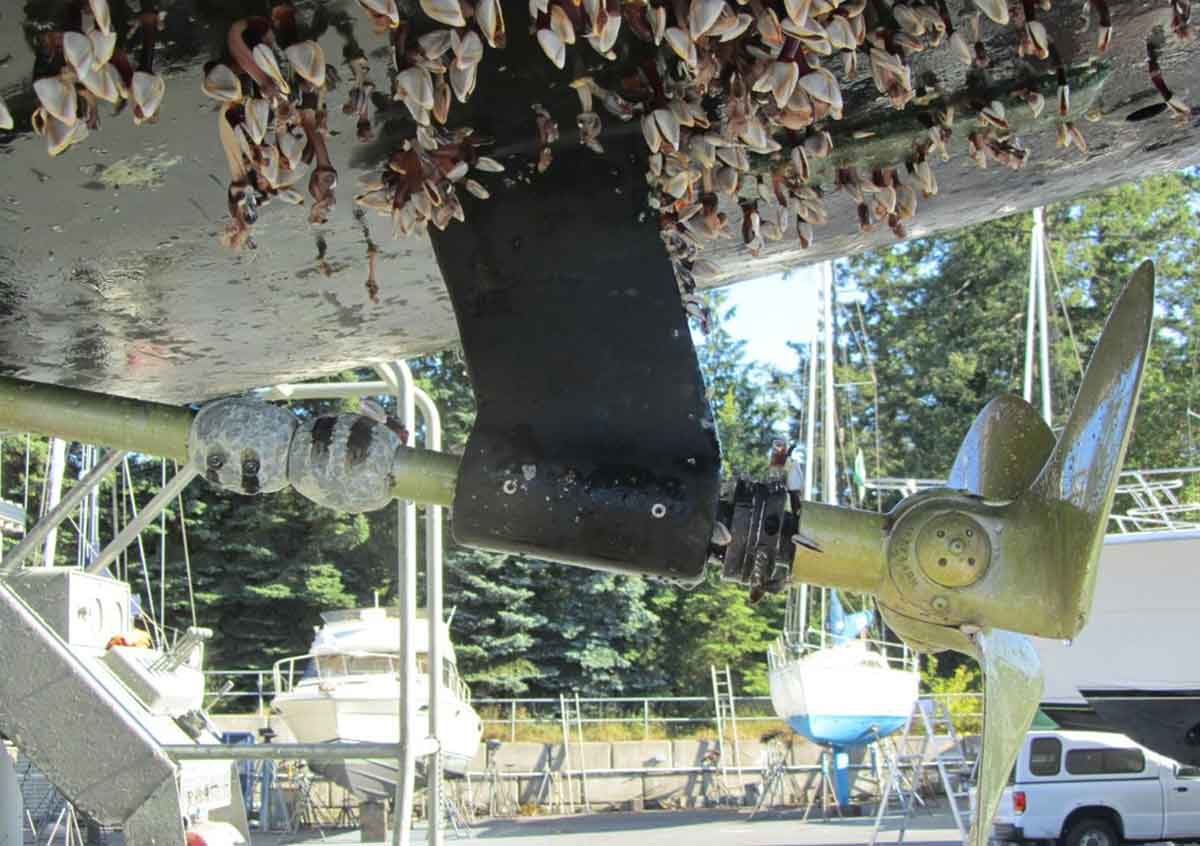 Propspeed versus no Propspeed

As for fuel efficiency, research has shown that propellers that have as little as 16.6 micrometres roughness can result in a 5% efficiency loss. This highlights the low end of what fouling on a propeller can cause in terms of efficiency loss and fuel burn. Over the service cycle of the Propspeed system, the product can not only reduce fuel cost but also greenhouse gas emissions and sustain the performance and integrity of the boats underwater assets.

Underwater corrosion and electrolysis on a vessel are a result of the movement of ions from a solid (like a propeller) to a liquid solution (like the ocean). In what is called “wet cell corrosion”, you need four components: an anode or positively charged part, a cathode or a negatively charged part, an electrolyte or electrically conducting solution and a connection between them. Considering that some of the most expensive and critical components of a vessel like shafts, props, pod drives and outdrives are constantly under attack from corrosion, it makes sense to ensure the best protection available. An insulating coating system is very effective at preventing severe corrosion on all sorts of vessels and Propspeed is an excellent insulator. Not only does it protect these vital parts from corrosion and electrolysis, the coating reduces the load on anode systems and prevents accelerated anode burn that results in the carcinogenic makeup of the anode from leaching into the ocean. Foul-release coatings have the added benefit of preserving the integrity of metal surfaces, unlike antifouling paints, which cause copper to leach out of bronze, weakening the material. A coating system that is designed to both prevent corrosion and provide foul-release properties is ideal for propellers, running gear and other underwater metals. 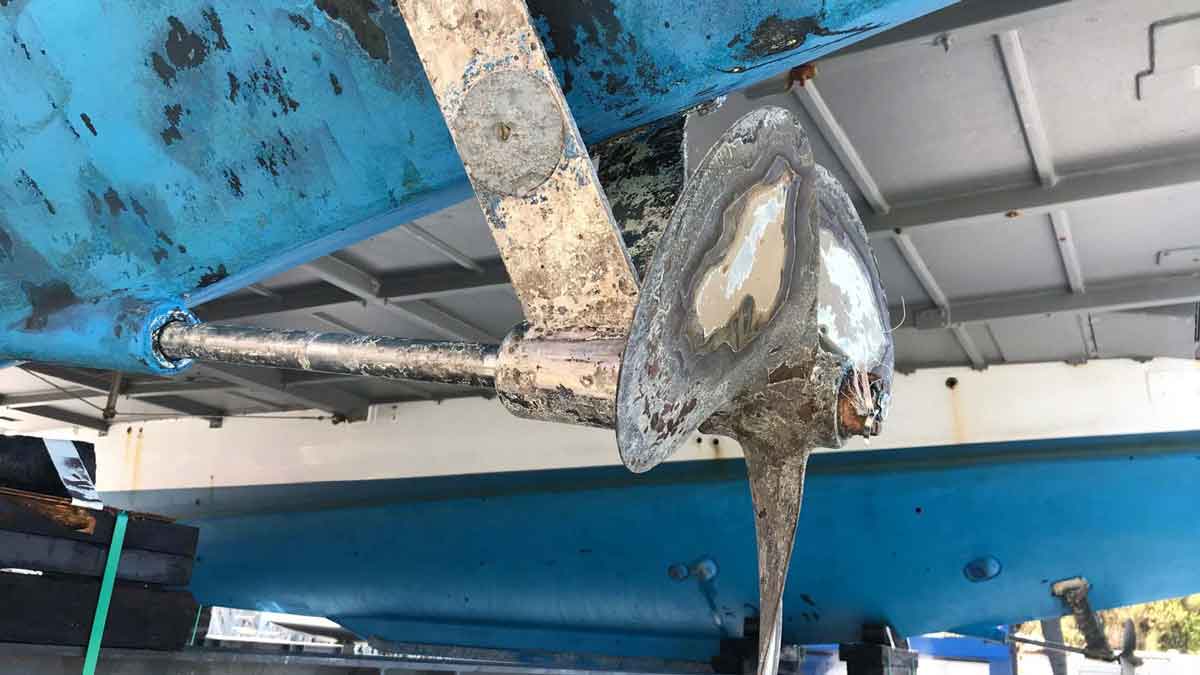 Corrosion on a propeller and shaft

Propspeed is the industry-leading foul-release coating, and has been tried and tested by boat yards, marine businesses, captains, and boat owners for over 21 years on all variations of propellers and underwater metal components around the world. During that time, Propspeed has been proven to increase efficiency, reduce drag, save fuel and maintenance costs with least harm done to the environment.