A Captain Who Struck Gold

"A year and a half later when I dry-docked in Miami, the props looked like the day I’d launched in Auckland!"

Nearly 20 years ago, on a trip to New Zealand, a Fort Lauderdale captain came across a remarkable solution for keeping running gear free of marine growth. 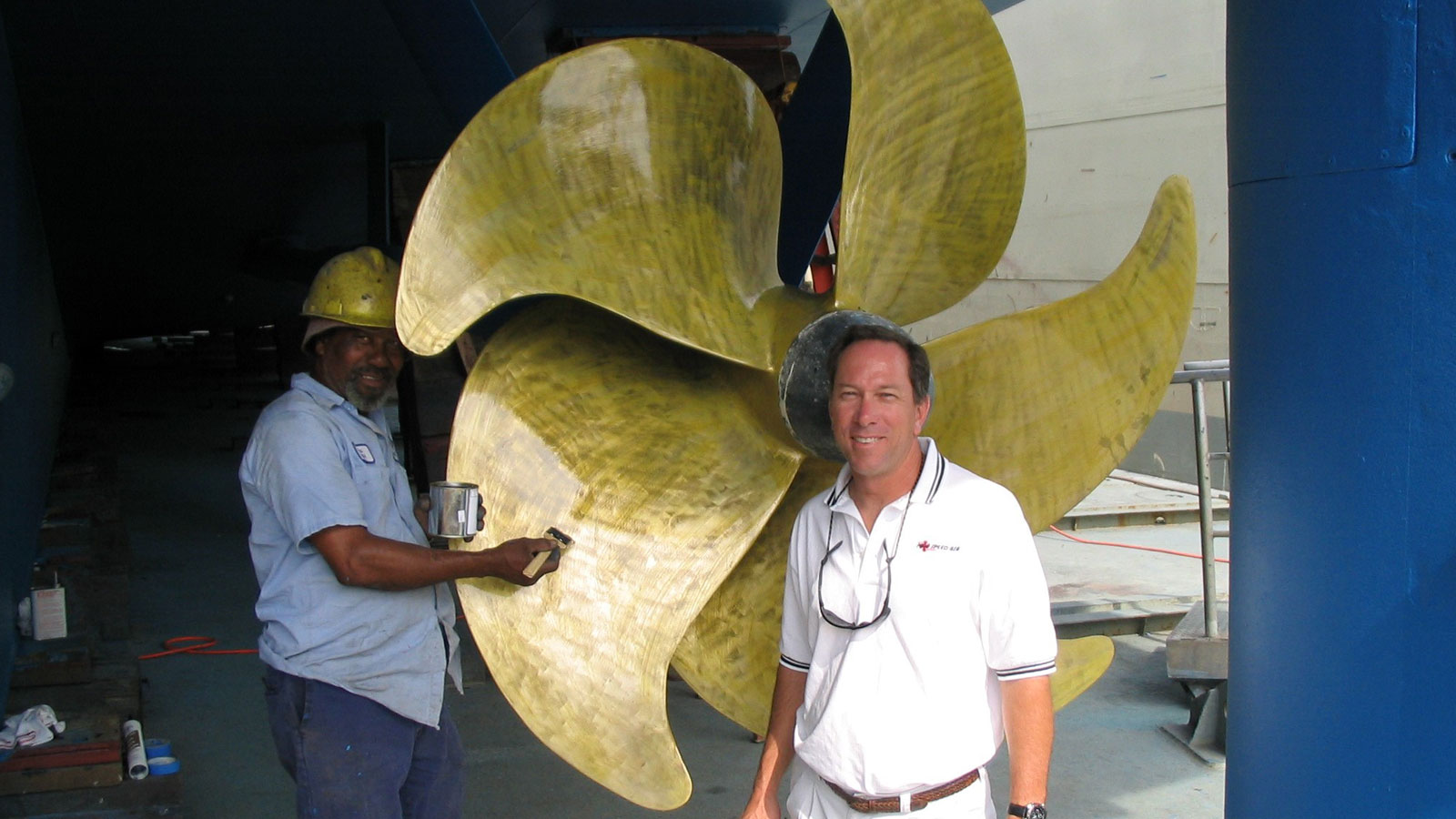 In 2000, Captain Dave Andrews, now a 38-year industry veteran, was working aboard Sally Ann, a 151-foot 1996 Delta. A large-displacement yacht, Sally Ann had sat in Southport in Queensland, Australia for several solid weeks before departing for Auckland for her five-year survey haul-out.

Early in their journey, Captain Dave noticed that the vessel’s fuel burn was unusually high; at the rate they were going, they would run out of fuel before they reached their destination. Making an unscheduled stop on Lord Howe Island—approximately 460 miles from Brisbane and 960 miles from Auckland—Captain Dave dived on the yacht to investigate the cause. It turned out that Sally Ann’s running gear was heavily fouled.

“I have never seen barnacles so large!” recalls Captain Dave. “They were about 4 centimeters in diameter and so many that they were on top of each other.”

After a quick clean-up, Sally Ann continued on to New Zealand as planned, running slower than usual to conserve fuel. Orams Marine Service Center performed the haul-out once Sally Ann arrived. Just as she was about to go back in the water, a service manager told Captain Dave about a coating that protected propellers from fouling while increasing speed and reducing fuel consumption. After the fouling issues they had experienced, Captain Dave was keen to put these claims to the test and had Propspeed applied to Sally Ann’s propellers before relaunch.

“A year and a half later when I dry-docked in Miami, the props looked like the day I’d launched in Auckland!” Captain Dave reports. “I asked a rep from International Paint if they had anything like Propspeed. They did not.” Dave, his wife Yvette and a captain friend named Charlie Johnson then formed Propspeed USA and began importing the revolutionary gold-colored coating. “We airfreighted three or four small loads then started bringing in pallets with 200 to 300 kits at a time. Charlie and I went to a lot of boatyards and crawled around under boats, teaching application.”

But Propspeed, like many new things, wasn’t embraced immediately. “Yards and captains were skeptical; someone even called it snake oil. But the results quickly became apparent.” Several of Dave’s well-known captain friends sang Propspeed’s praises in local trade magazines, which elevated Propspeed’s profile and accelerated sales. 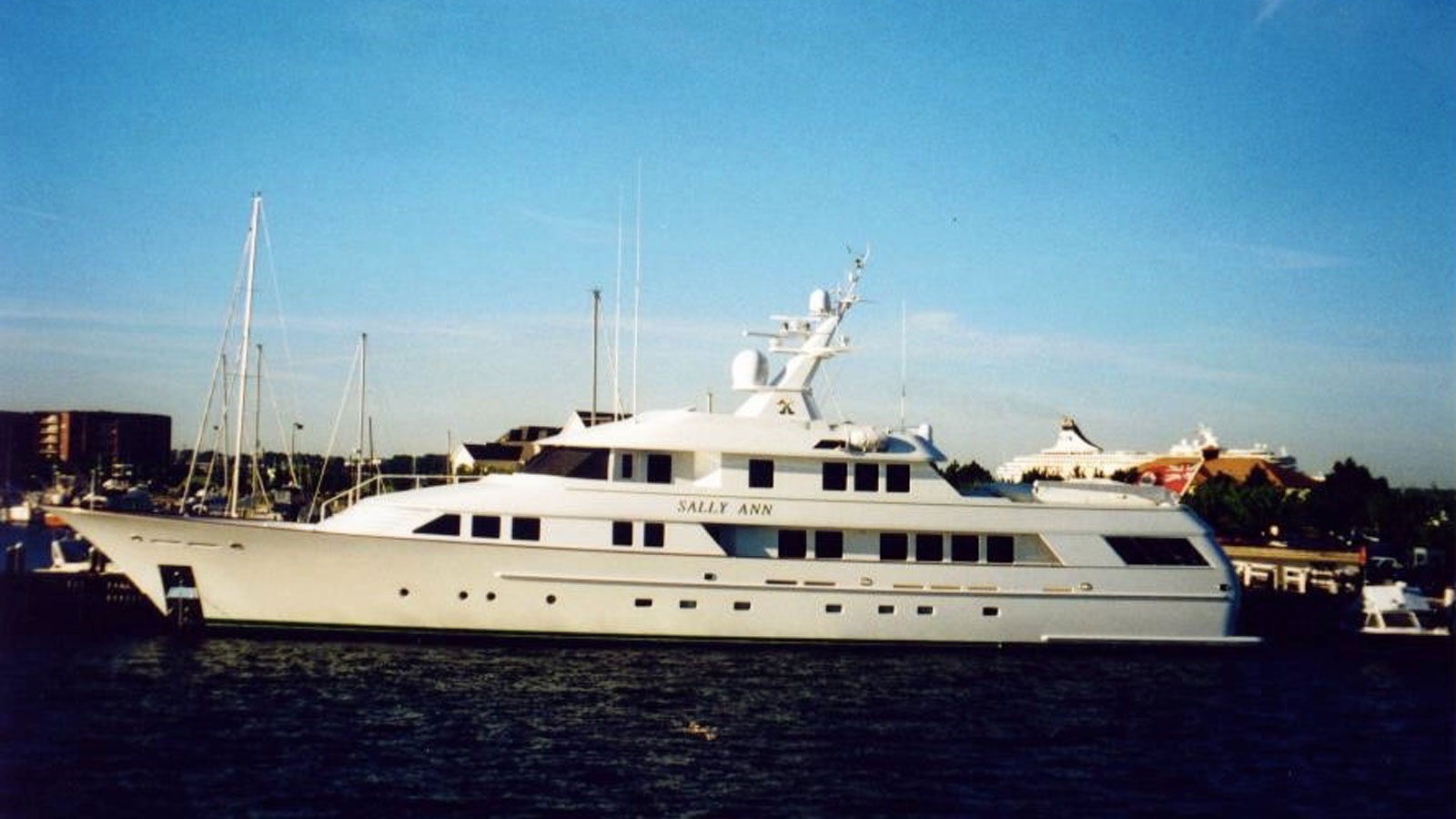 “We slowly began to get orders. My enthusiasm sold product—and the need for a product that would do what Propspeed does. I knew it worked, and once a few others saw, it took off. Demand was doubling every 4 to 6 months. Captains and yards saw the clean, or relatively clean, running gear as the boats would haul out. After the choices we had before—antifoul, which wouldn’t stick, or nothing at all—Propspeed was a no-brainer.”

As Propspeed’s popularity exploded, distribution was transferred to Propspeed International, a New Zealand marine coatings company with a nationwide, and eventually international, presence.

Having logged approximately 325,000 nautical miles over the course of his career, Dave’s expertise in matters of vessel performance and fuel consumption is second to none. He continues to captain luxury superyachts and is currently helming Kismet, a 312-foot Lürssen that travels to the Mediterranean, Caribbean, Southeastern United States and Bahamas. Kismet is currently for sale by Moran Yacht & Ship.

"Over a decade later, Propspeed remains the industry leader, with no competition. I continue to use and recommend Propspeed."