"We just try to teach as many people as possible about the amazing work that’s going on at NSU and the amazing tools like Propspeed that allow us to do it."

This heroine in a half-shell from Southeast Florida helps educate visitors about her endangered brothers and sisters. Propspeed helps her swim and stay happy! 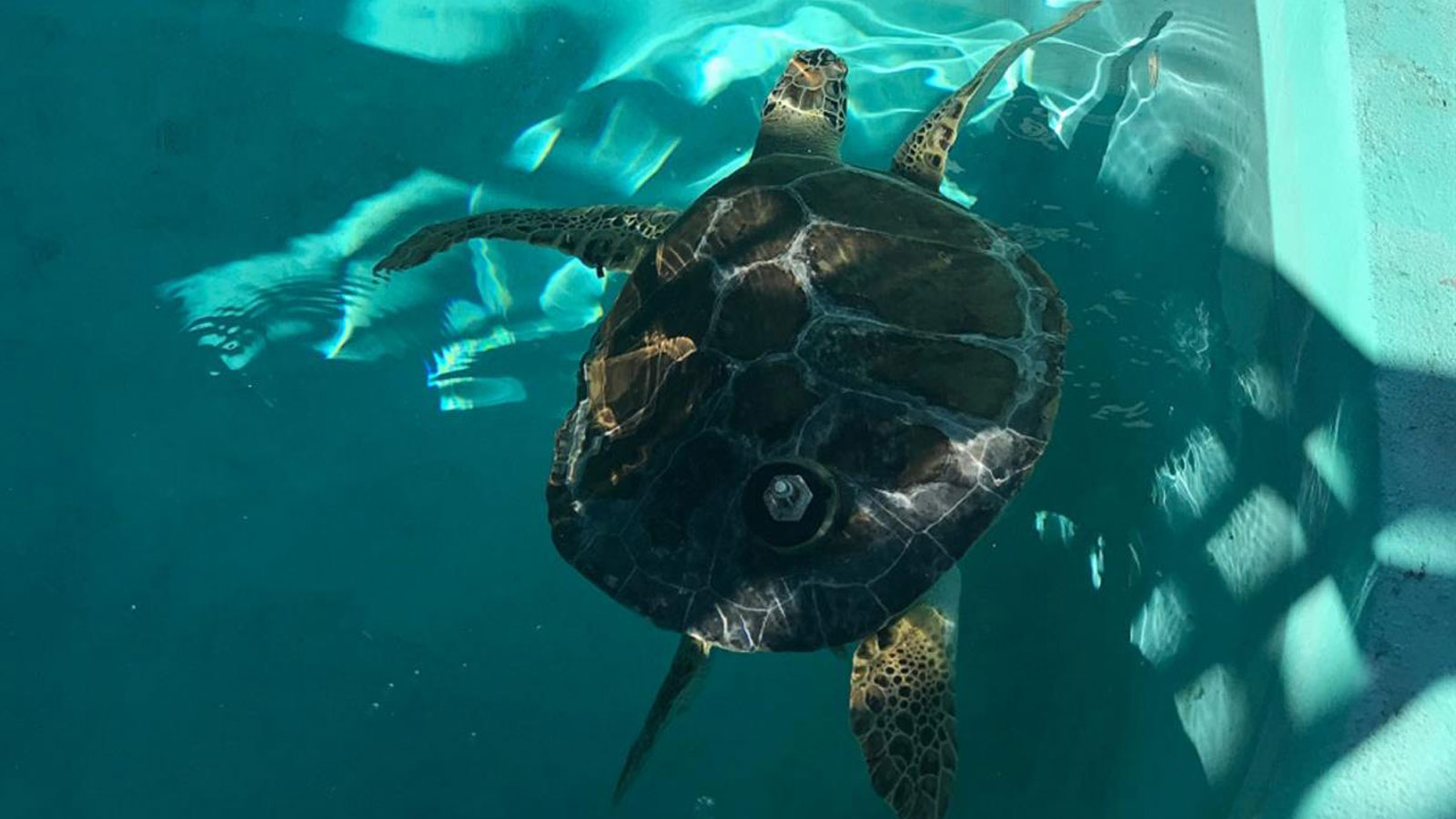 Propspeed is proud to support the efforts of the Marine Environmental Education Center (MEEC) at historic Carpenter House in Hollywood Beach. The Nova Southeastern University facility, part of the Halmos College of Natural Sciences and Oceanography, was established in partnership with the Broward County Parks Department to educate locals and tourists alike about coastal ecology, with an emphasis on the area’s endangered sea turtles.

Captain, MEEC’s brand ambassador, is a green sea turtle and the survivor of a 2010 boat strike that left her unable to dive due to air bubbles created by the impact. No longer capable of swimming in the open ocean, after several stints in rehab, she landed at MEEC, where she delights visitors of all ages as she swims around her “dream pool” with the assistance of weight therapy. With each year of growth, the appropriate amount of weight is added to Captain’s shell, and the attached weights are coated with—you guessed it: Propspeed! Researchers at MEEC were already familiar with Propspeed’s high-performance foul-release system, having used Propspeed on shark and sea turtle satellite tags for some time.

“Propspeed has been fantastic for us,” says MEEC director Derek Burkholder. “Satellite tags are an amazing tool; we can actually follow sharks and sea turtles anywhere that they go in the world. But one of the problems is, as soon these antennae or the tag itself gets covered by algae, it stops transmitting. So Propspeed has been a way that we’ve been able to get very long life out of these tags and be able to follow these animals for years, in some cases.”

Captain, now about 18 years old, is one of few sea turtles in captivity and has been for nine years. A few of her favorite things include cucumber and lettuce sandwiches, the color green, and taking naps in the deep end. But life is a bit busier for the staff at MEEC:

“Here, we do a lot of work with everything from sea turtles to sharks to marine debris and some of the amazing local artists here in Hollywood,” says Derek. “We just try to teach as many people as possible about the amazing work that’s going on at NSU and the amazing tools like Propspeed that allow us to do it.”

"Propspeed has been fantastic for us."