What Exactly Are Barnacles Anyway?

"Friend or foe? Our pals at Propspeed Brazil give you the lowdown on barnacles and explain why this under-the-radar sea creature is so important to marine life." 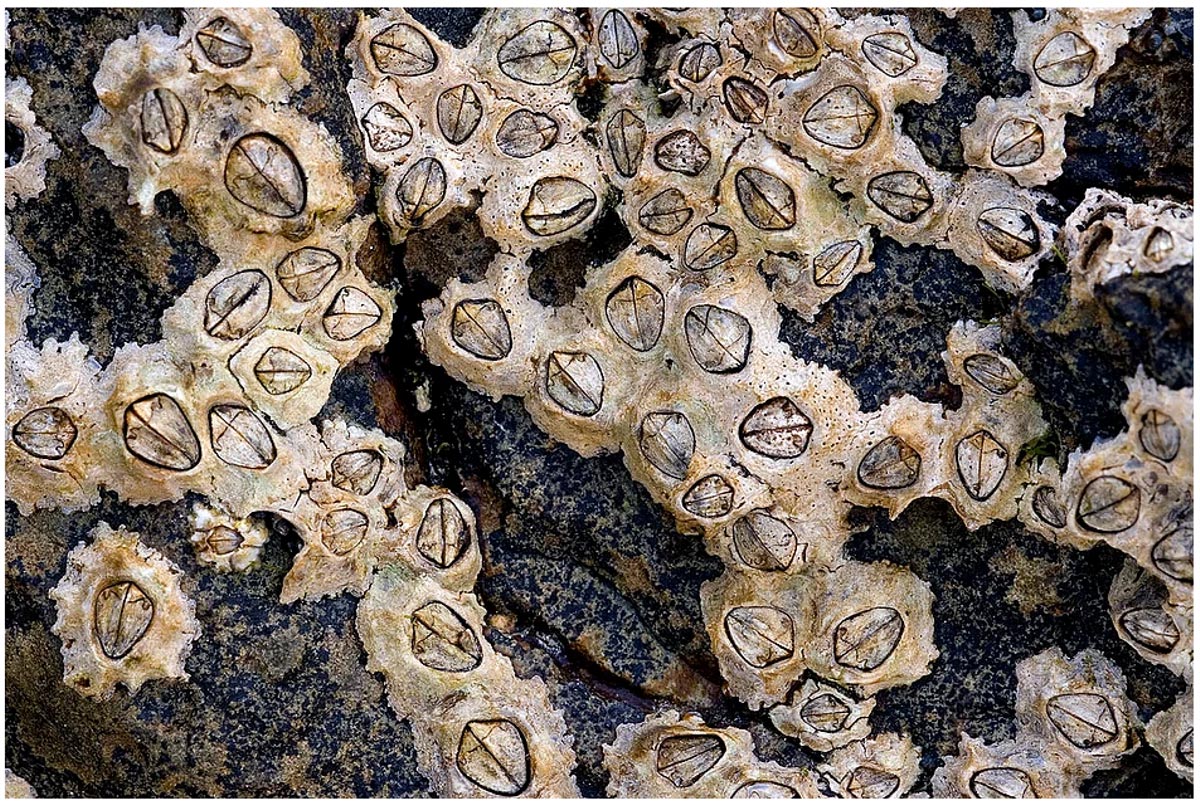 More mineral than animal in appearance, barnacles are generally a mystery to anyone unfamiliar with marine life. Even those who have seen them often enough may not know much about them. What are barnacles and how do they function? Why do they attach themselves to boats? And how do they do it?

The Secret Lives of Barnacles

Barnacles are arthropods, or invertebrate animals with exoskeletons. Invertebrates are the largest animal phylum, comprising about 1 million species. Familiar members of the arthropod family include scorpions, spiders and crabs. Barnacles belong to the infraclass Cirripedia, meaning “curl-footed” in Latin, in the sea-dwelling subphylum Crustacea, calling crabs, shrimp and lobsters close cousins.

Most barnacles are hermaphrodites, interchanging between male and female reproductive organs as needed at the time of mating. Reproduction is accomplished either by use of the barnacle’s extraordinarily long penis, likely the longest in the animal kingdom vis-à-vis body-size ratio, or by “spermcasting” into the water for female pickup. Once fertilization occurs, embryos develop. At the cyprid or adolescent larval stage, barnacles attach to hosts or various surfaces and can transit between them to find the ideal environment before settling down for good.

Barnacles “choose” surfaces that are firm enough and near enough but live only in saltwater so fare best when attached to animals or objects that keep them in relatively clean, nutrient-abundant and temperate saline environments—mostly luck of the draw. They can adhere to fixed surfaces such as rocks and piers or moving surfaces like boats, whales and turtles.

Once they’ve chosen a home, barnacles attach and release body fat, which removes dirt and other obstructions while acting as a sterilizing agent. The barnacle then produces its glue, made of six different types of protein. While it develops, the surface accumulates limestone salts, forming the barnacle’s shell, comprised of six plates.

Barnacle glue is six times stronger than any manmade glue. Several scientific studies are currently attempting to reproduce barnacle glue and explore its use in the fields of engineering, construction and medicine, where it can be used as a biological sealant during or post-surgery.

Of crustaceans, barnacles are the only sessile, or stationary, sea creatures. Because they are filtering organisms, they play an important role in the food chain. Barnacles are suspension feeders, consuming plankton and dissolved detritus suspended in seawater and are therefore essential in cleansing that water for other organisms. They are also a food source for these animals. Because of their filtration feeding method, barnacles are extremely vulnerable to pollution, particularly plastic microparticles, as is the entire marine ecosystem.

Propspeed, a nontoxic foul-release coating for boats’ running gear, is the only product in its category that ensures the continuity of the marine ecosystem. Unlike conventional antifoul paint, Propspeed works not by killing barnacles and the animals who feed on them but by creating a slick, hydrophobic silicone surface that barnacles and their glue cannot easily grip onto. Any barnacles that do attach will fly away from Propspeed-coated propellers once the boat reaches cruising speed.

Saving maintenance labor while cutting down on fuel costs and carbon dioxide emissions, Propspeed benefits both you and the planet. As our pals at Propspeed Brazil put it, “The barnacles and the oceans thank you.”