The Beast Has Been Unleashed

The giant 39m Catamaran was successfully built and launched in the North Island of New Zealand, with a beautiful Propspeed application carried out on it. 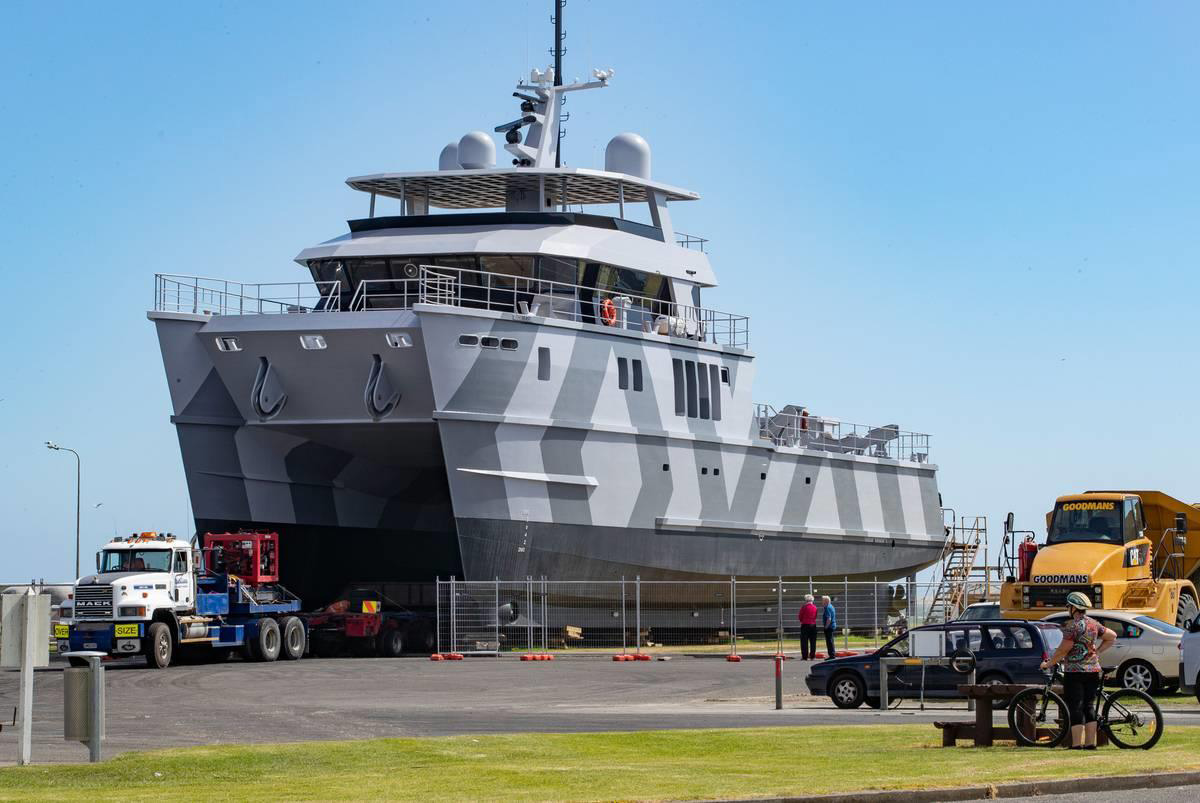 The Beast has been unleashed into the ocean at the Foxton boat ramp. The name seems well suited, as this giant 39m Catamaran took 22 months to be built. The massive new boat was launched in front of a captivated crowd. Some onlookers also followed the entire journey, from the boat’s transportation through Manawatu to the beast taking on the water in Foxton. The word was out, so many locals as well as tourists stopped by to watch. The crowd of about 1000 people gathered around the Manawatu Boating Club in Foxton Beach to get a glimpse at the beauty.

The boat was built by Profab Engineering in Palmerston North, a land locked city in the North Island of New Zealand. Although New Zealand is surrounded by coastline the owner wanted it to be built specifically by Profab Engineering. Like many marine companies in New Zealand Profab is known for its excellence in design and manufacturing custom made aluminium boats.  The boat is one of the largest boats constructed here in New Zealand and is also the largest boat Profab Central Engineering has ever built. The boat weighs 280 tonnes but when filled to its maximum capacity, including 76,000 litres of fuel, 14,000 litres of water, and 14,000-litre sewage, it weighs a massive 480 tonnes. The Beast was transported from Palmerston North to Foxton in three parts, where crews then spent six weeks putting it together. The Beast also had a beautiful Propspeed application carried out on it so it would be ready to cruise around the world.

After its launch, the boat spent two weeks tied up at the Manawatu Boating Club, and then headed down to Wellington for a month of sea trials, before getting handed over to the owner. 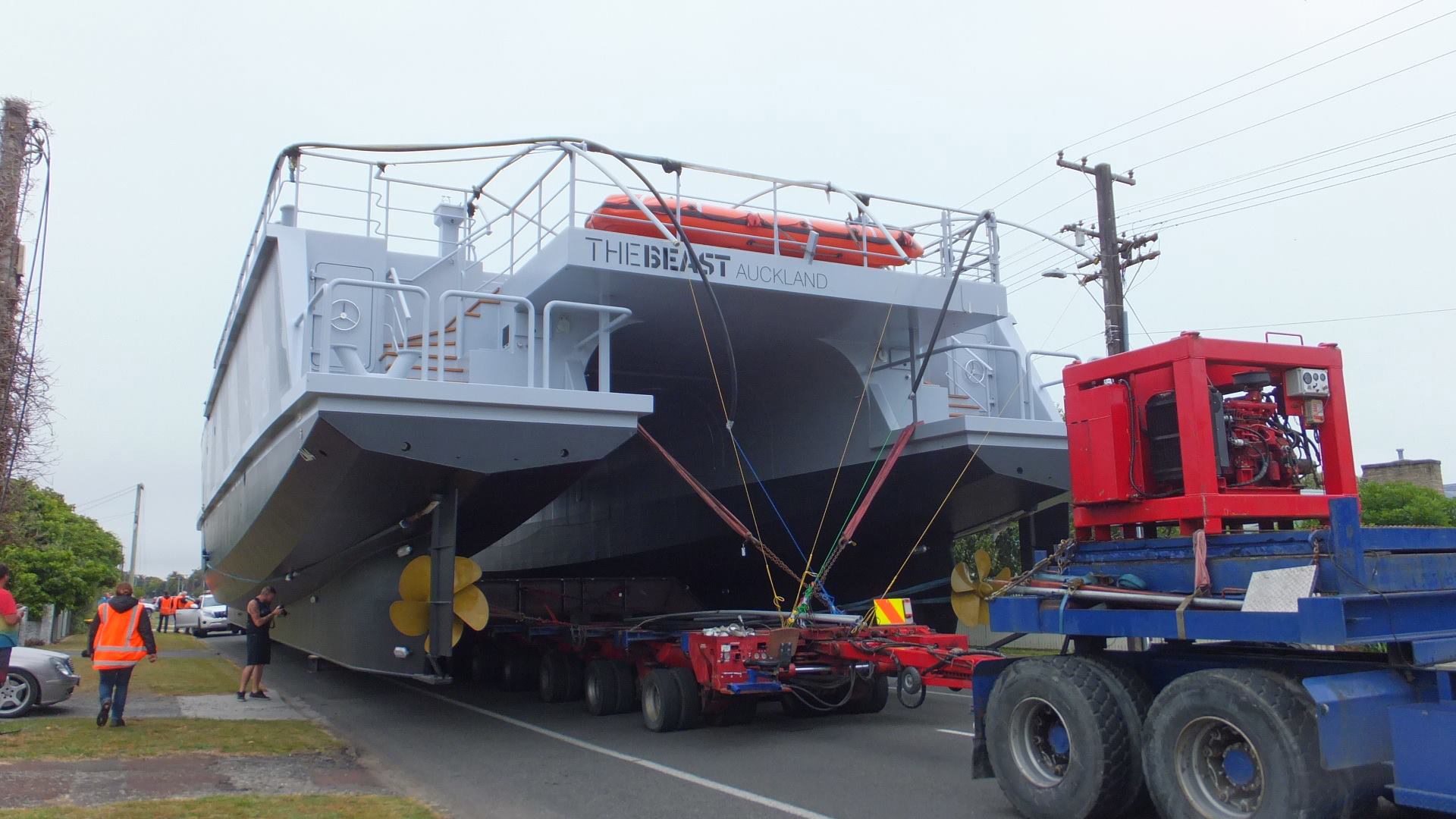 The Beast pictured with Propspeed on her propellers.

The luxurious superyacht can accommodate up to 22 people, with 12 guests and 10 crew members, and features five cabins, 12 toilets, and 12 showers. The decks offer multiple dining options, include a Japanese teppanyaki restaurant style barbeque. The Beast is also equipped with equipment for a range of activities, including scuba-diving, kayaking, paddle boarding, and fishing equipment. It also features a remote operated submarine to explore underwater sites, such as shipwrecks, as well as a custom-made 12-metre fishing boat, this ‘Baby Beast’ is a 9-metre amphibious boat for trips ashore.

Powered by its two diesel engines providing 715 horsepower, as well as a fresh coating of Propspeed, the superyacht can cruise at a speed of 13 knots, and the owner is eagerly awaiting many adventures aboard the Beast, with plans to cruise around New Zealand before heading for Tahiti.