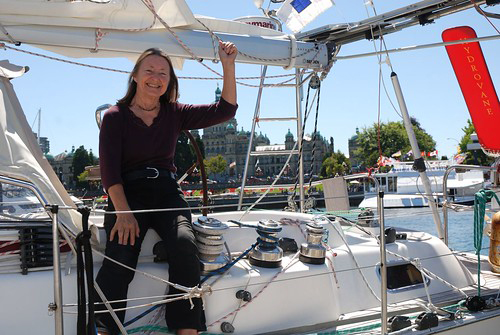 Jeanne Socrates is a British sailor born on August 17, 1942. She currently holds the world record for the oldest woman to complete a single-handed, non-stop, unassisted circumnavigation, completing her adventure at the age of 70. She also holds the title for the only woman to have ever circumnavigated the world single-handed from North America. At 76, Jeanne shows no signs of slowing down, as she is currently in the midst of an attempt to become the oldest person of any gender to complete a single-handed, nonstop, unassisted circumnavigation.

Jeanne began sailing at the age of 48 with her late husband George, starting out in dinghies and windsurfers before eventually moving onto larger yachts in 1994. Jeanne and her husband bought Nereida, a Najad 361, in 1997. The couple spent the next few years cruising, visiting places such as Scandinavia, Europe, the Caribbean and the east coast of the USA and Canada. Sadly, in September 2001 George was diagnosed with cancer, passing away in March 2003. Jeanne continued to sail alone, eventually setting her sights on a solo circumnavigation.

Jeanne’s first solo circumnavigation began in March 2007. She was set to complete her journey in Zihuatanejo, Mexico when on June 19, 2008, just sixty miles and less than 12 hours short of where her journey first started, Nereida ran aground on a deserted beach.

Jeanne began her first nonstop attempt at a solo circumnavigation in November 2009. However, rigging issues forced Jeanne to stop in Cape Town, South Africa, which turned into a three-month stay after an engine replacement was found to be needed. Jeanne’s second attempt at a solo nonstop circumnavigation began in October 2010. Major boat damage, after a knockdown west of Cape Horn in January 2011 forced Jeanne to stop for repairs, ending her second nonstop attempt but, on reaching Cape Town a few months later, she did achieve a successful solo circumnavigation via Cape Horn, setting her first record. 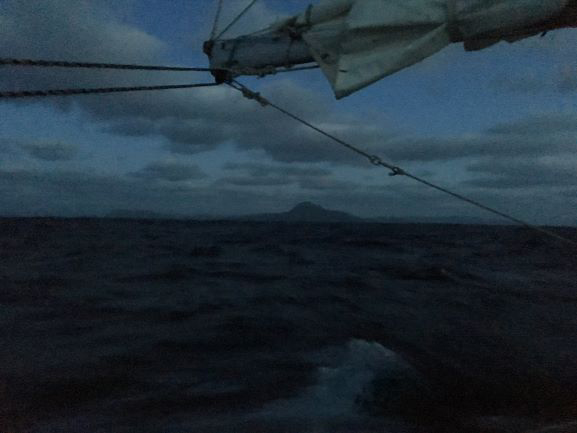 Even after all her difficulties, Jeanne remained unphased and was determined to complete a single-handed circumnavigation nonstop, and so she tried again in October 2012, completing her journey successfully in July 2013 and finally claiming the record for the oldest woman to complete a single-handed, unassisted, nonstop circumnavigation and the first woman to do so from North America.

Jeanne is now in the midst of an attempt to become the oldest person to complete a single-handed, nonstop circumnavigation at the age of 76. Jeanne departed British Columbia on October 3, 2018, and rounded the South Cape on Stewart Island, the Fifth Great Cape of the Southern Ocean, on May 23, 2019. She is now on the final leg of her adventure, heading towards warmer waters as she makes her way up the east coast of New Zealand and back to British Columbia.

Propspeed's Holly Mills was lucky enough to have a chat with Jeanne by satellite phone as she was sailing past Timaru, New Zealand. Jeanne spoke about the two major highlights of her journey so far, the first of which was rounding the First Great Cape, Cape Horn, for the third time. Nereida made the rounding in the early hours of the morning, however, as it was mid-summer, there was still plenty of light to get a good view of the Cape.

The second highlight for Jeanne was rounding her fifth Great Cape, New Zealand's South Cape, on Stewart Island, after a bad knockdown a week earlier. As with Cape Horn, Nereida was on track to round Stewart Island in the early hours of the morning, so Jeanne reduced sail to slow Nereida down and reach her Last Great Cape in daylight. Jeanne rounded Stewart Island in Nereida at dawn and had “a beautiful sail,” watching albatrosses flying by and relaxing with a G&T later that evening.

Jeanne’s trip hasn’t been without its challenges though. She noted that the biggest challenge so far has simply been keeping the boat going. There is always something that needs repairing, including a large rip in Nereida’s mainsail. However, there has been one less thing Jeanne has to worry about – her running gear. One comfort that Jeanne has had along all of her adventures is Propspeed. When asked why she decided to use Propspeed for another circumnavigation, Jeanne had a simple answer; “it’s amazing, it works so well…who wouldn’t use it?”

Photo: © Jeanne Socrates / Jeanne applied Propspeed to her running gear for her previous circumnavigation. After 259 days, her prop and shaft were spotless but hard shell growth had taken hold on Nereida's hull.

Keep up with Jeanne and her adventures through her website here.

Update! Since this was written, Jeanne succeeded - so she is now the oldest person ever to circumnavigate solo, nonstop, unassisted via the Five Great Capes. You can read about her successful journey here.