You may know that Propspeed works, but do you know how and why? Propspeed Technical Manager Gabriel Larribe gives us a primer on the difference between foul-release and antifoul and explains Propspeed’s mechanism of action in plain English. 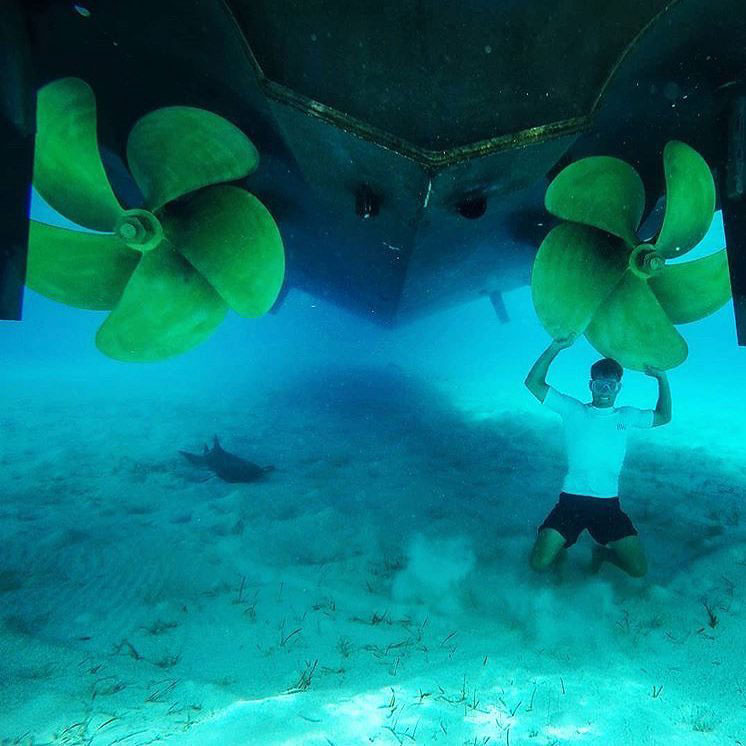 While antifoul and foul-release coatings essentially do the same thing—prevent marine growth from colonizing on underwater surfaces—how they do it differs greatly. Antifouling paints use a biocide (bio = life + -cide = kills) as their active ingredient and come in a range of hardnesses, from very hard racing antifouls, which steadily leach biocides from their porous surface, leaving behind a depleted film, to soft ablatives formulated to erode and slowly release biocides over time. Foul-release coatings, on the other hand, use physical rather than chemical means to reduce fouling, typically by creating a surface that’s tough for marine organisms to adhere to. More about that later.

Since the early modern period of international trade, or “Age of Sail,” beginning in the 16th century, enterprising captains have used a variety of toxins to prevent marine fouling, including copper, tin, zinc, organic poisons and even arsenic. Although effective on hull surfaces, these toxins can create longer-term problems in the surrounding ecosystem and water column, from the surface to the sediment level.

The famous clipper Cutty Sark, now on dry-dock display in Greenwich, England, is an early example of the traditional use of metal sheathing as antifoul.

Case in point: Tributyltin (TBT), a class of organo-tin compounds, was widely used in antifouling paints in the 20th century before it was found to leach into the marine environment, causing irreparable damage to a range of species. Adverse effects observed included the masculinization of female shellfish, immunosuppression in tuna, and hearing loss in whales and seals, any of which can seriously damage animal populations. These findings led to the worldwide ban of TBT in 2008. 1Copper and other biocides continue to be employed in its place, though under increasing scrutiny as they can accumulate in the environment and affect unintended targets.

TBT molecule: The antifoul compound was banned worldwide in 2008 after being found to cause mutagenic defects in several marine species.

Foul-release coatings such as Propspeed, by contrast, have only been in use since the 1970s, when silicone rubbers were found to provide protection against marine fouling. Silicone rubbers do not kill marine growth but, rather, prevent it from settling and colonizing because of their flexibility and unique surface chemistry. 2Organisms that try to settle on a foul-release–coated surface are unable to grip it tightly; the organisms may adhere when a ship is in port but will slough off once it reaches cruising speed. Foul release has the added benefit of preserving the integrity of metal surfaces, unlike antifoul, which causes copper to leach out of bronze, in turn weakening the material. This difference makes foul-release coatings ideal for propellers, running gear and other underwater metals.

The aim of a foul-release coating is to decrease the adhesion between marine organisms and the substrate. Propspeed has several properties to prevent the adhesion of marine growing: good flexibility and wettability and a low surface adhesion, 4 says Gabriel Larribe, Propspeed Technical Manager.

Field tests have shown the adhesion strength of a barnacle on Propspeed to be around 30 to 50 kPa, much lower than tests of similar products on the market, which typically came in around 125 kPa. A lower kilopascal count means much less energy or pressure is required to remove the object from the surface. Simply put: Propspeed stops barnacles from sticking!

Propspeed interferes with the adsorption of the adhesive that barnacles, mussels and other marine organisms secrete when attempting to colonize. (Adsorption refers to the adhesion of atoms, ions or molecules from a gas, liquid or dissolved solid to a surface.) 3This means that even if slime, barnacles or tubeworms attach to your running gear, they can be easily removed by the action of the water (i.e., running your boat), a soft cloth or a diver with a plastic scraper.

"Once the silicone top coat (included in the Propspeed kit) is applied, we can compare the propeller surface to a slippery skating rink, but with water repellent properties as well. Thereby, the fouling is easily removed by cleaning or hydrodynamic stress induced by navigation” says Gabriel.