The Russell Boating Club and the Bay of Islands once again played host to a world-class fleet of superyachts for the South Pacific’s premier regatta, now in its 42nd year. 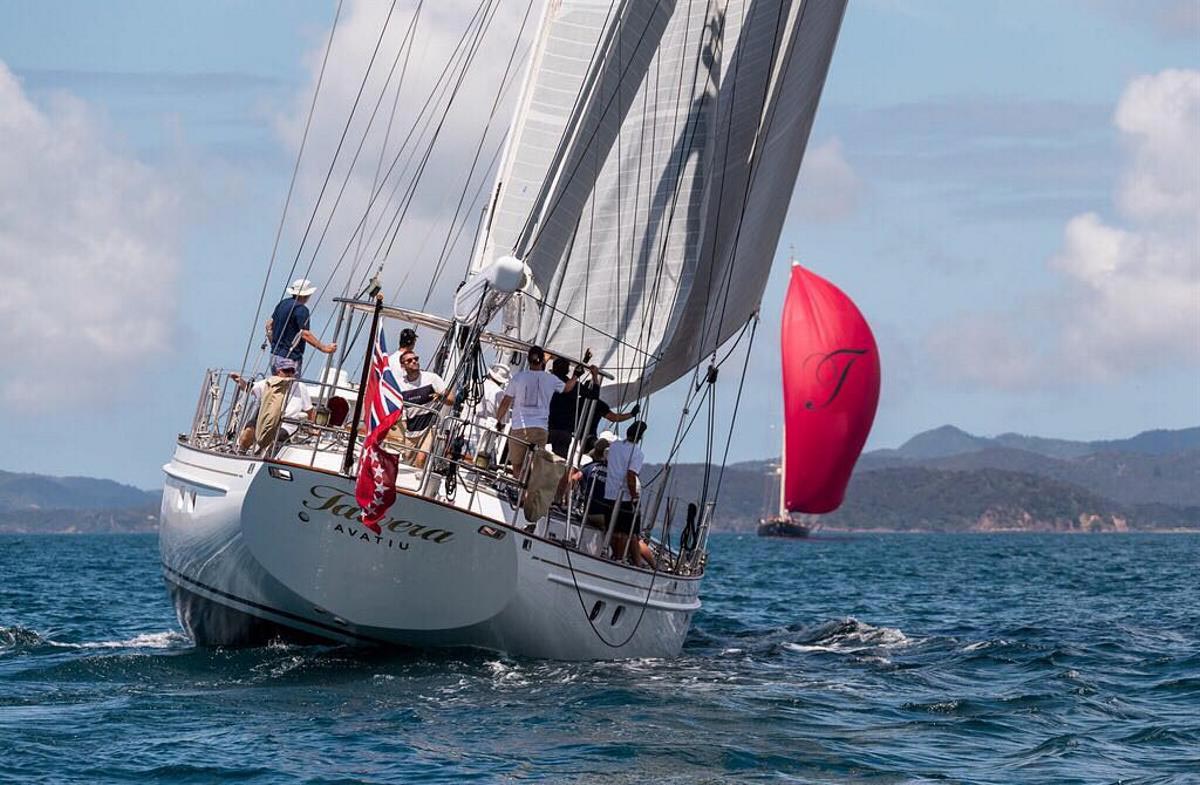 On Saturday, 2 January, the 2019 edition of the New Zealand Millennium Cup wrapped in Russell, Bay of Islands, with three fine days of racing and two races scheduled each day. This year’s field included two newcomers,  Freya and Thalia, plus returning vessels  Silvertip, Tawera and Sassafras. Janice of Wyoming, who finished fourth last year, was slated to compete but was forced to drop out at the last minute.

The 2019 event saw several improvements over last year, from technical to environmental. The Millennium Cup is now a certified ‘Clean Regatta,’ meeting sustainability standards for in-water events as set by the international organization Sailors for the Sea. It was also the first time that the Offshore Racing Congress SY ratings system was in effect, with handicaps for lighter, more agile boats to ensure the most competitive racing possible. And those who were unable to be there were for the first time able to follow the event in real time via the Yachtbot race tracker online. 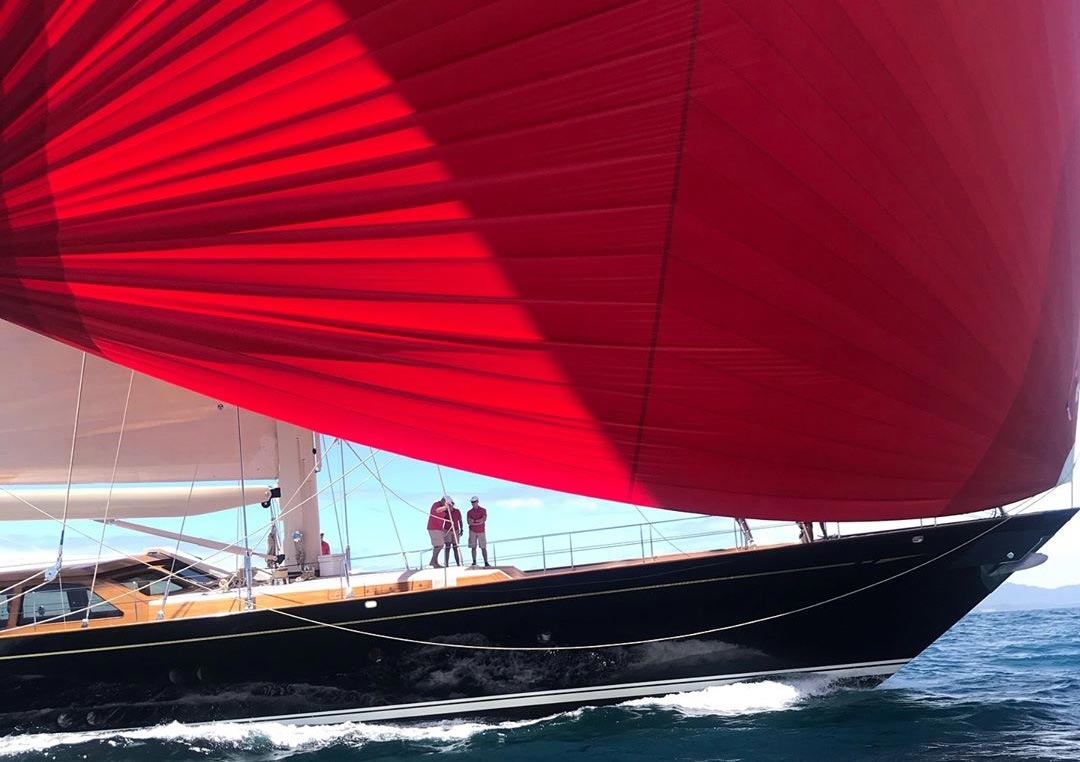 Newcomer 'Thalia' had a challenging day 2 but won the final rum race and came in 3rd overall.

Twenty-eight-meter Tawera, a custom-built alloy yacht designed by the renowned Ron Holland, became a three-time champion, winning four of five races to clinch the Millennium Cup title. (Wind delays on Day 3 scuttled the sixth race.) First-timers Freya and Thalia put in a strong showing, finishing second and third overall, while Sassafras, despite a promising start, was unable to complete the regatta due to technical issues that set in after the first race.

On Day 1, moderate to strong winds and flat seas provided ideal conditions for the first race, a 10.67 nm course starting from Tapeka Point. First over line was Freya, though due to the ORC / handicap she landed in second place behind Tawera; Silvertip and Sassafras battled it out for third and fourth place, with Sassafras narrowly beating Silvertip. Thalia, who had the largest handicap, at 26 seconds, came in fifth but handily won 25.05 nm Race 2, followed by Freya and Tawera

She wasn’t so lucky on Day 2, first jumping the gun and then missing the start line, as Tawera and Freya sailed into first and second place in both races, both of which were delayed due to light winds. An evening skiff race at Russell Beach gave her the chance to redeem herself, however; Thalia easily won the final rum race, which included a row-off between the three fastest teams for a barrel of Mount Gay rum.

Day 3 saw more wind delays; only one race was held due to a 12:50 pm start. Tawera trounced the competition once more, followed by Freya, Thalia and Silvertip. 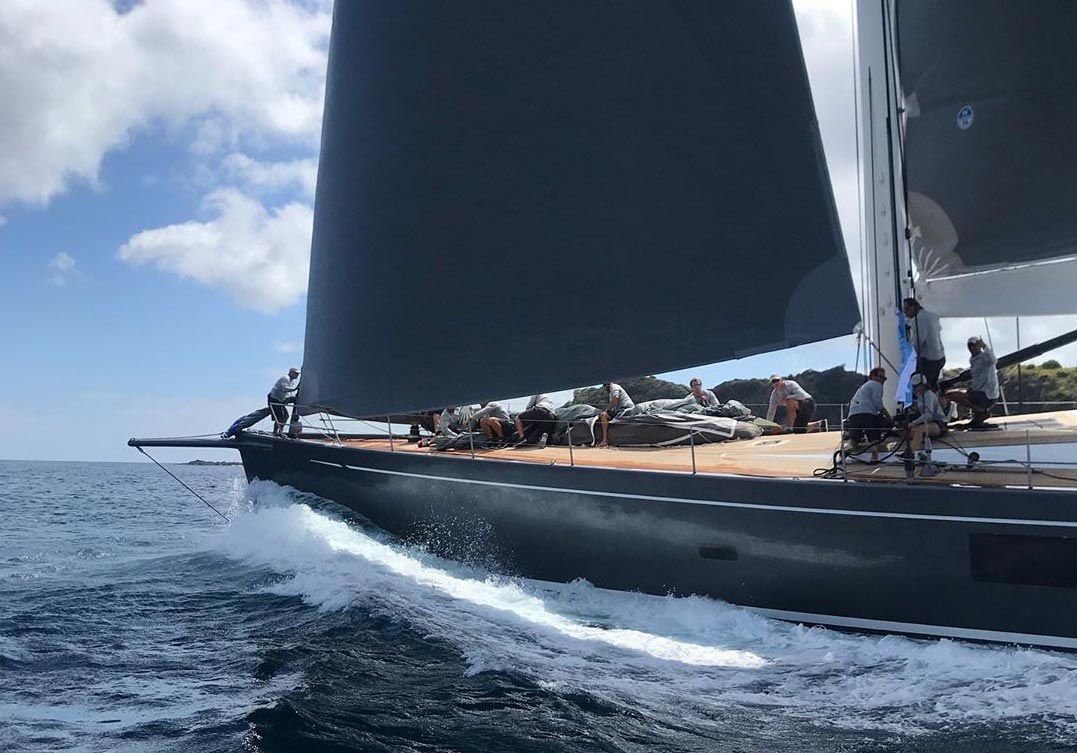 Propspeed’s own Eve Verberne was on the scene to witness the world-class sailing and capture some awesome photos. “It was great being a part of the Millennium Cup this year, not only the passion of the owners of the superyachts but the crew were also outstanding.”