Superyachts Around the World: M/Y Octopus

Octopus, a 126-metre superyacht, is owned by the estate of Paul Allen, co-founder of Microsoft, and cost US$200 million to build. 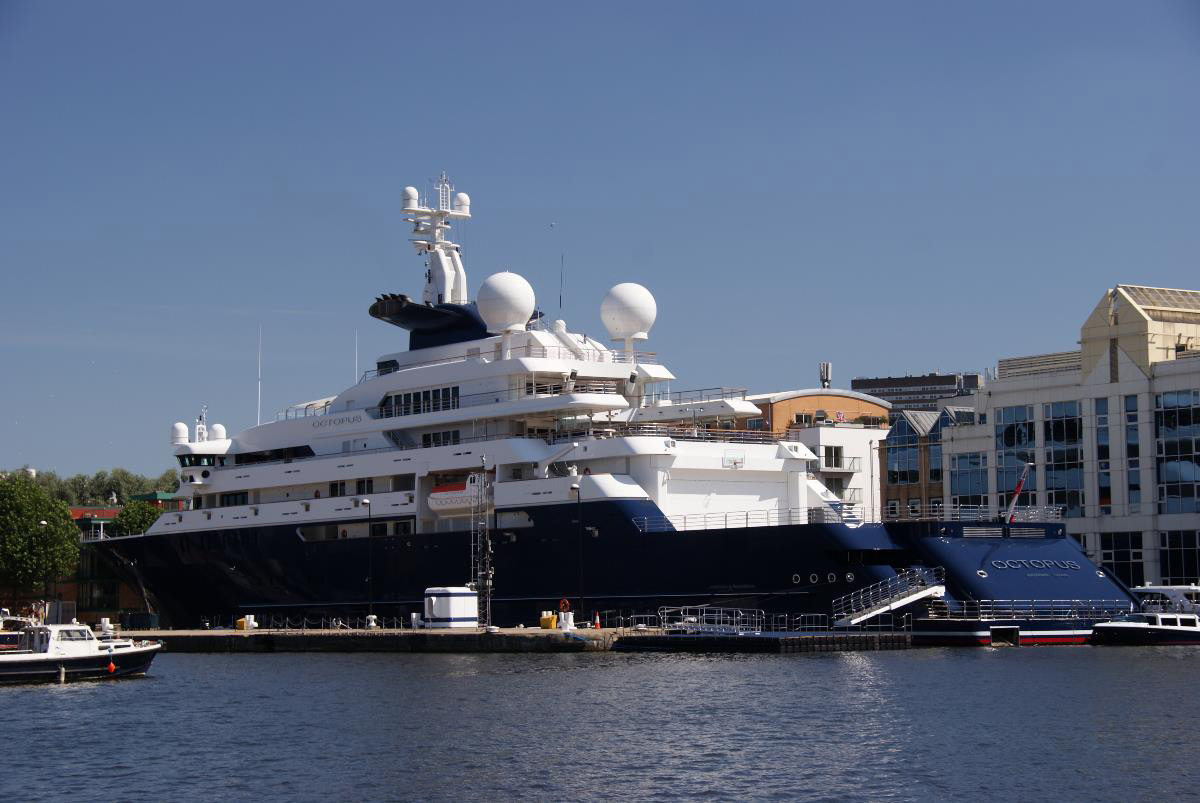 126-metre (414-feet) superyacht Octopus is owned by the estate of Paul Allen, the co-founder of Microsoft. Octopus was designed by Espen Oino Naval Architects, with the interior designed by Jonathon Quinn Barnett of Seattle, and built in Germany. When it was launched it 2003, it was the largest superyacht in the world.

The boat can accommodate 26 guests and 57 crew members in its 41 suites, but it isn't just  used for recreation. Octopus has been regularly loaned out for exploration projects and rescue missions and is fitted out with all the gear, including seven tenders, two helicopter pads on the main deck, a single pad on the bow, as well as a twin pad and hangers at the stern of the boat. Octopus also features two submarines, one of which was used for the “Explore the Ocean” project by Google Earth.