Each year, the Auckland on Water Boat Show highlights the best-in-show products visitors can expect to see. This year, we made the cut! 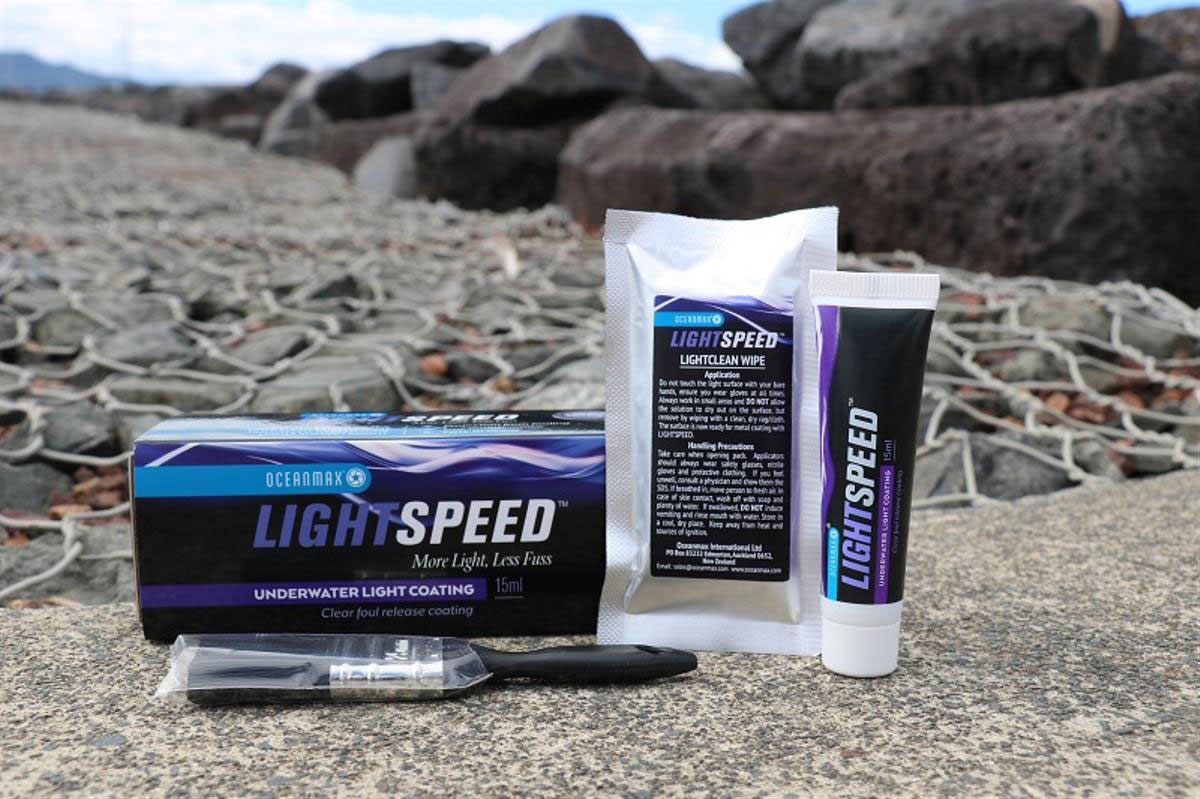 Following the success of Propspeed, the industry-leading foul-release system for propellers and running gear, the company adapted its proprietary coating technology to maximize the long-term performance of underwater lights. Like Propspeed, Lightspeed is an eco-friendly alternative to conventional antifouling, which has recently come under regulatory scrutiny due to its toxic biocidal content.

With practical applications including underwater photography, fishing, nighttime navigation and security, underwater lights have become a highly desirable feature on boats, both inland and in coastal communities. Lightspeed offers an easy and affordable way for marine enthusiasts to reduce maintenance, protect their investment, and maintain lighting system performance.

“I already use Propspeed on my 43-foot launch and save countless hours in unnecessary maintenance,” said boat owner Geoff Smith. “So when I found out that Propspeed was releasing Lightspeed, I knew exactly the kind of product I would get and the extended performance I should expect.”

Unlike current competitors, which are opaque and use toxic chemicals to kill marine growth, Lightspeed repels growth by creating a nontoxic, “super-slick” transparent coating that prevents barnacles and algae from colonizing on underwater surfaces in first place.

“Underwater lights have been one of the marine industry’s fastest-growing sales categories over the last three years,” says Propspeed President of International Development, Clint Jones. “Off the back of the success of Propspeed, we’ve created Lightspeed to meet that huge market demand. Lightspeed is the only high-performance product that keeps these boating assets in great condition.”

Propspeed will launch Lightspeed in the U.S. at the 2018 Fort Lauderdale International Boat Show on October 31. Lightspeed has been shown to save three times its retail value in maintenance costs on top of the unquantifiable damage to marine ecosystems caused by traditional antifouling products. Each Lightspeed kit includes 15 mL of clear coat, Lightclean cleansing wipes and a brush and can coat four standard-sized underwater lights.

Underwater lights are just as susceptible to marine fouling as any other underwater surface — perhaps more so, as the light and heat generated by underwater lighting devices creates conditions that favour marine growth. Efforts to remove barnacles in particular can damage delicate lighting components, given that barnacle glue is the most powerful adhesive in nature and six times more powerful than any manmade glue.