The World of Underwater Lighting

We sat down and talked trends with Zack Savage, host of Between Two Yetis and a second-generation lighting expert who’s been working in the industry since he was a lad. 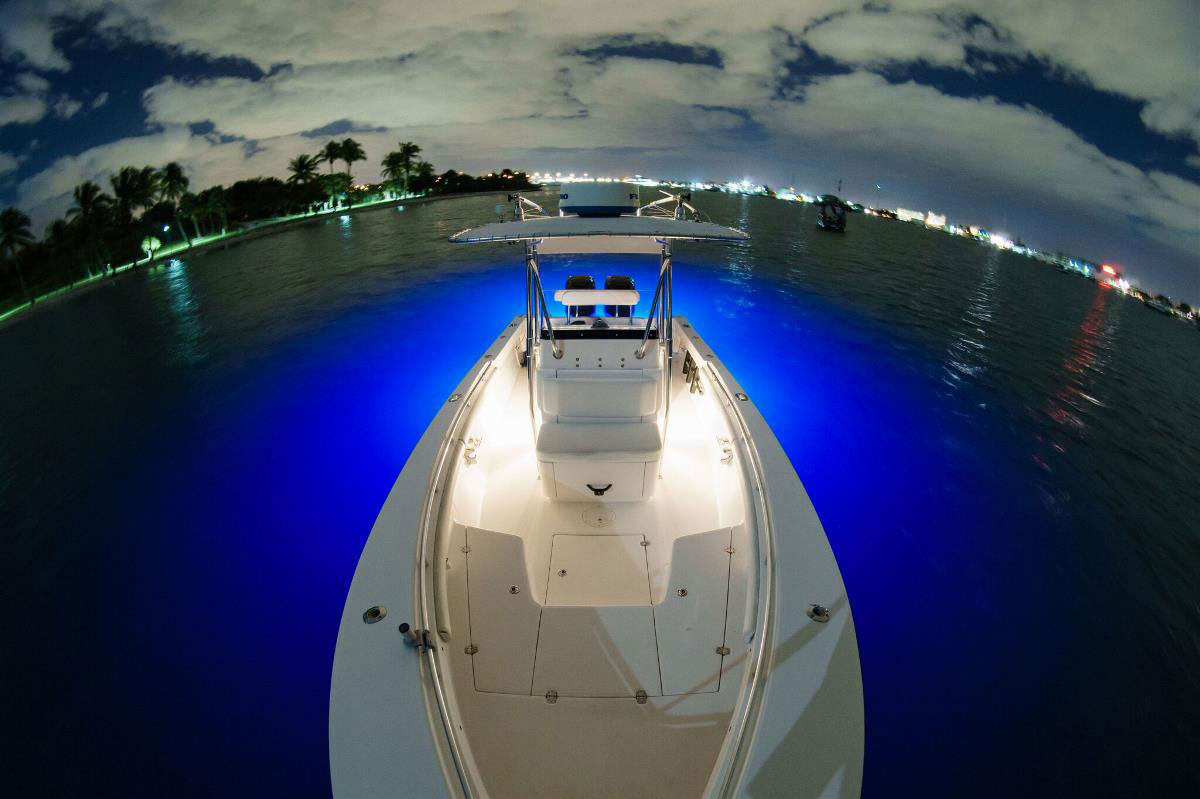 “Ever since I was six or seven years old, we were making lights on the kitchen table,”  Zack Savage, US rep for UK-based Underwater Lights Limited, recalls. “My father used to have a small factory in our house and we used to get pocket money by riveting and all kinds of other stuff.”

One of the marine industry’s fastest-growing sectors, underwater lighting, as it turns out, was a very good business to get into. “It’s one of those things that every boat doesn’t need but every boat wants them,” says Zack. “As my friend Andrew Cohen at Yachtsign says, ‘It’s the jewelry for the boat.’ It’s not like Propspeed—which is absolutely required, otherwise you can have a terrible, terrible time—but it’s something that looks cool.”

Underwater Lights Limited is the originator of the underwater light, which began in 1991 as a custom request for a Dutch yacht. In the 27 years since, the relatively small company has dominated the marine market, thanks to its quality in-house design and production, which allow for easy upgradability and accelerated turnaround time.

“If you took 20 of the largest superyachts in the world, I’d say about 18 of them have underwater lights and over half of them have ours. We are the Propspeed of lights,” Zack says proudly. “What makes us different is that we don’t change our housing design, only our lighting design. So any light we’ve made in 28 years, if you want to change that to LED or you need to step up, we can fix it for you without having to replace the whole lot. You’re future-proofing your product because if you buy a light from us now, when we’ve got a brighter one in five or 10 years, you just buy the cartridge, change it out, and you’ll have an immediate upgrade.”

Thanks to vastly improved LED technology, demand for underwater lights continues to soar and shows no signs of slowing. “It used to be halogen and high-intensity discharge (HID) bulbs, which have been around since the early ’90s, up until around 2008, when LEDs really started to come into play. We now sell nine or 10 LED lights for every bulb light, so it’s really shifted the other way. With the technology and the different colors you can now do, why would anyone go for an older bulb-style light?”

As for why high-wattage HIDs fell out of vogue: “They did output a huge amount of light, but there were several drawbacks, the main one being that the bulbs would burn out and were susceptible to vibration. So if they ever broke, you had to go down and change the bulb, which in itself may not sound like a bad thing, but if the lights on big boats are in inaccessible areas, it can sometimes take the crew a couple of days to locate and change all the bulbs. LED technology now means you don’t have to do that. It’s maintenance-free, essentially.”

Because of their ease of use, LEDs’ popularity has also grown among sport fishers. “A lot of fishermen say that colored lights attract bait fish, which in turn attracts the larger fish. With the introduction of LED, people can now play around with different colors to see which work best to attract different fish. People used to say the white light that the old bulbs produced scared fish away because it was too bright. Now we like the blues and the greens; they’re much softer, so fish will come in and out. When you’re docked, you can see all the fish going ’round like an aquarium!” 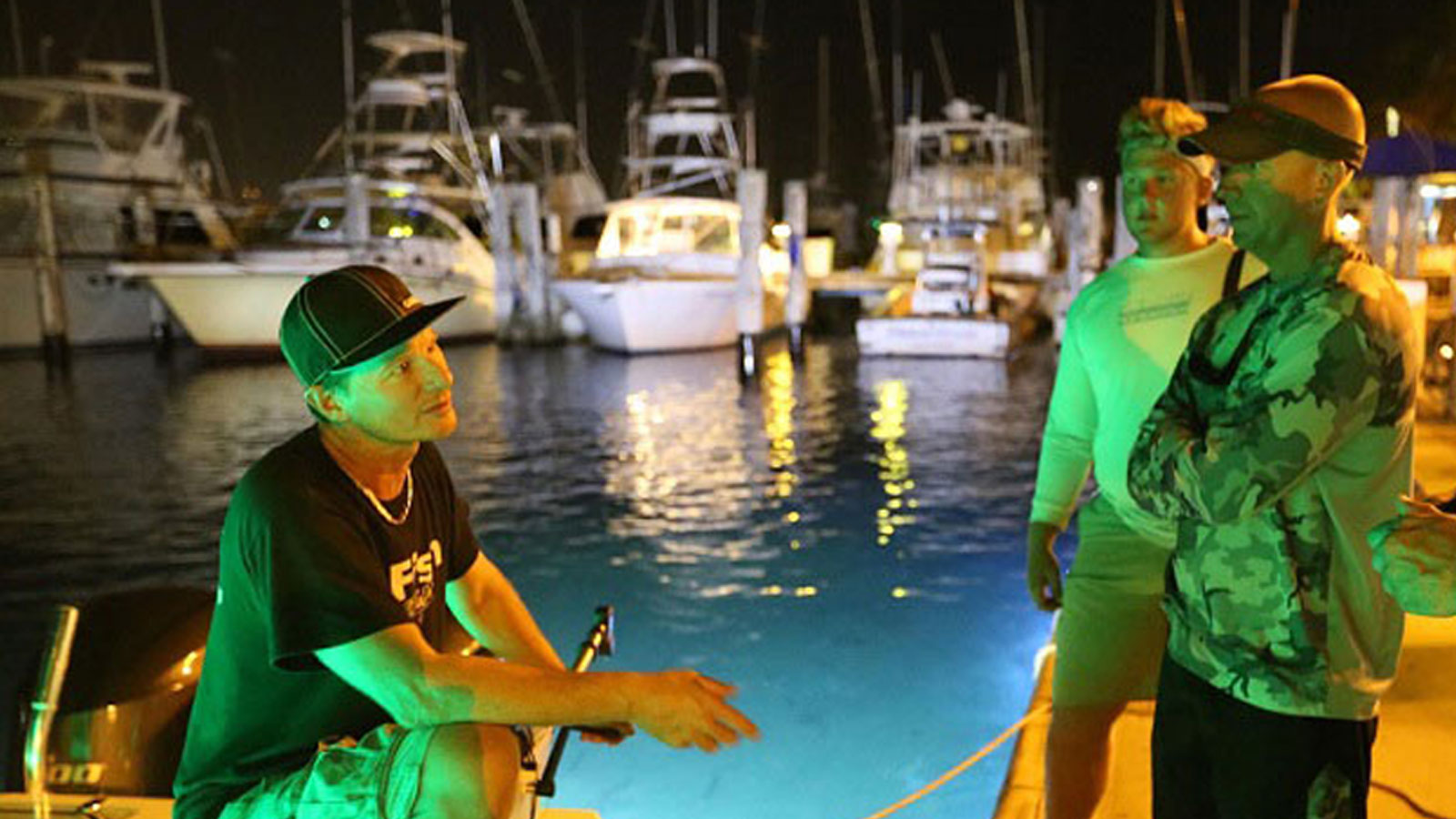 Even though Zack will tell you that lighting is primarily about aesthetics, that doesn’t mean it can’t be practical—or universal. “We’ve got a light for every style and size of boat, from a 10-foot Boston whaler right up to the Azzams and Eclipses of the world, which are 300 or 400 feet long.”

But just how much will that set you back? “For the smaller center consoles, our lights start around $450 retail.” A recent custom job mounted inside the fuel tank, requiring encapsulation, came out to almost $7,000, though that was fairly unusual. “The highest price people normally pay for our biggest light is about 4K, and that’s for a mega yacht, which has to be welded in and all that good stuff.”

More lights on more boats obviously means yet another thing requiring maintenance. Until now, no aftermarket product existed to protect underwater lights from fouling. Available options were a factory-applied coating that lasts about a year before needing professional reapplication, homemade “remedies”—or nothing at all. “I’ve seen people use … almost like a petroleum jelly that they put on their running gear; I’ve no idea why they did that. I don’t see why that would work.”

Thoughtful engineering aside, to be truly future-proof, underwater lighting, a considerable investment, must be cared for properly. Scraping hard marine growth off delicate lenses certainly won’t do them any favors over time. Enter  Lightspeed, Propspeed’s clear foul-release coating developed specifically for underwater lights:

“For a refit or when you’re coming out for your first haul, that’s where I see Lightspeed being particularly advantageous,” says Zack. “It’s a fantastic fit for what you guys do already because any boat that you’re going to be putting Propspeed on, guaranteed it’s already got underwater lights, so it’s a product that needs to be put on."

“Underwater lights have now become standard on pretty much every boat that’s made these days. Sometimes it’s not even a line item on boat builds anymore. It’s just kind of like, ‘Well, you’ve got underwater lights; do you want white or blue?’ And then the options available if you want to upgrade.”

The widespread adoption of LED lights in particular also has implications for the prevalence of marine growth itself. “When you had bulb lights, if you ran them consistently, every day, the heat generated by the bulb would kill off any marine life on the outside of the lens. LEDs generate very little heat and are water-cooled, so material can now attach to the lens, whereas it didn’t before. So that’s where Lightspeed will really come into its own.” 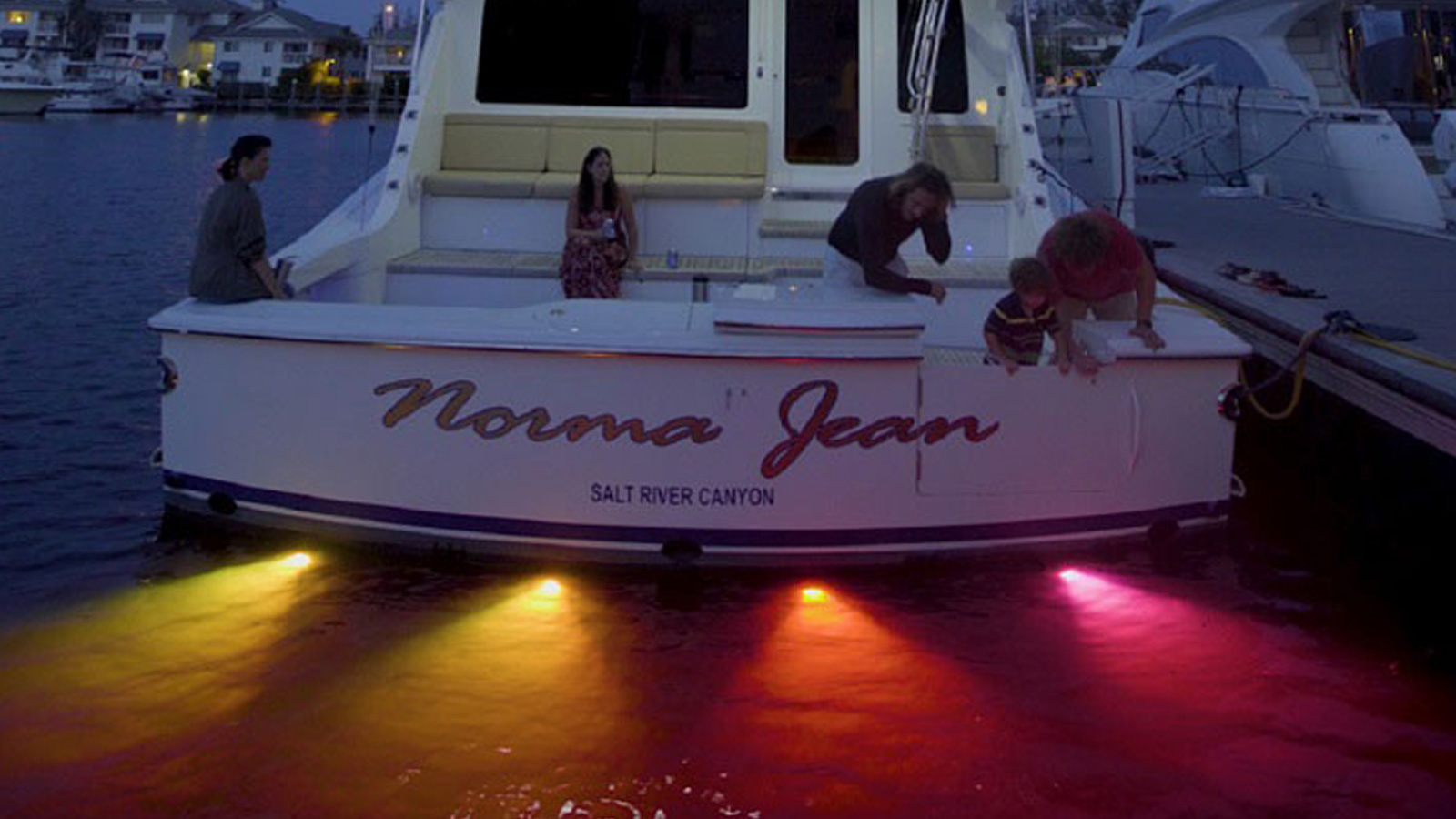 Growth levels will depend on where underwater lights are used as well. “Underwater lights have predominantly been a saltwater experience, especially down in South Florida, where we get a lot of marine growth. Now in the Great Lakes, in freshwater, they’re starting to become a trend, especially with the different colors. Freshwater is very green because of all the algae, so colored underwater lights there look great, but white or blue, which are great in the ocean, do not.”

Whatever type of water you’re in with whatever colored light, Lightspeed can help keep it shining brighter, longer—with a lot less work on your part.