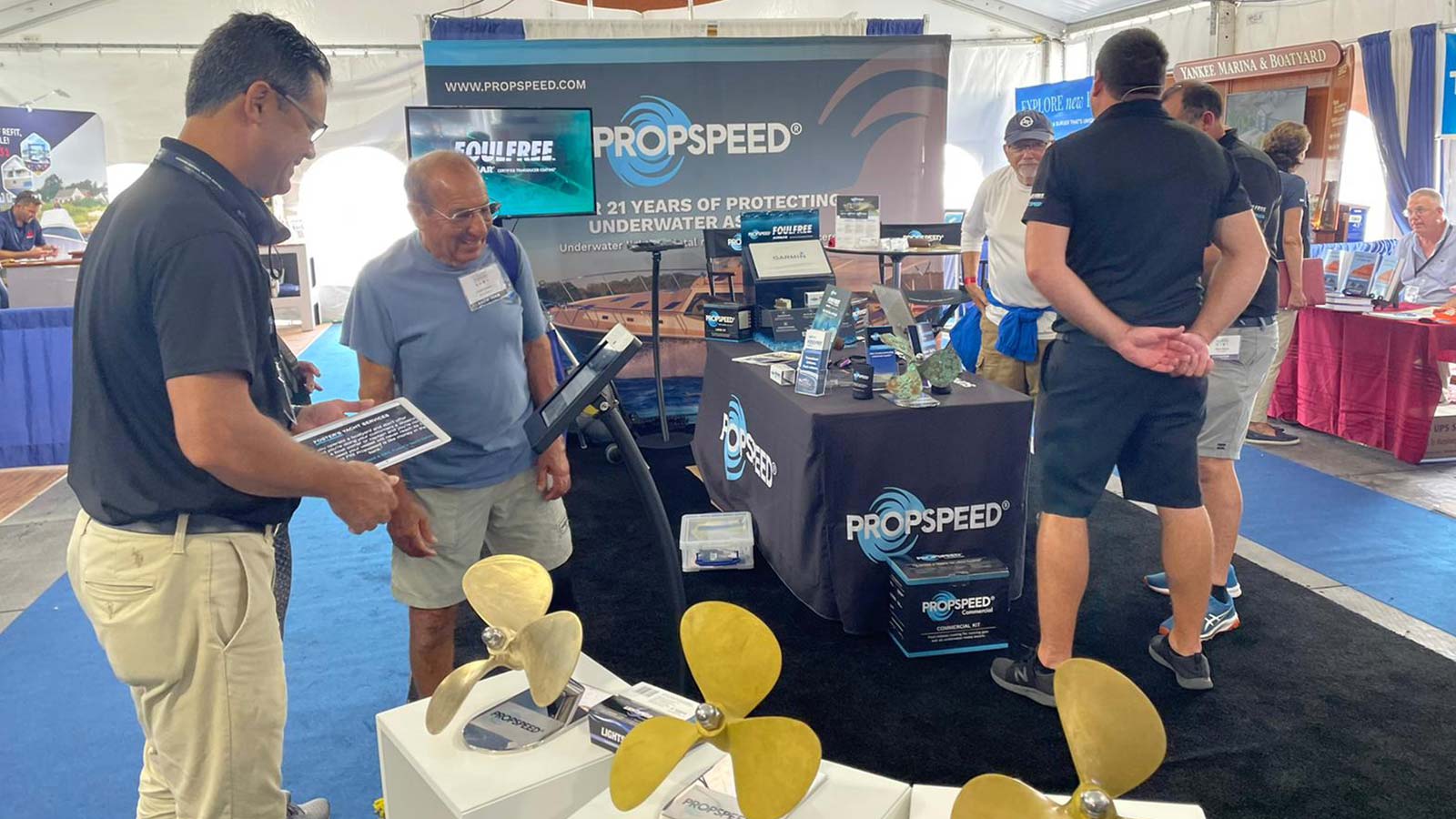 Propspeed’s 2021 USA boat show season officially kicked off with the 50th annual Newport International Boat Show (NIBS), held on the downtown waterfront of Newport, Rhode Island, from September 16-19. Spanning over 14 acres, one of the largest on-water events in the United States, the show hosted hundreds of exhibitors and boats ranging from 50 to 90-feet.

This year marked a significant milestone for the show as it celebrated its 50th anniversary, and it did not disappoint! Visitor numbers were up 10% on 2019, and exhibitors reported tremendous success. Propspeed was a sponsor this year, and we were proud to be involved in the 50th anniversary. 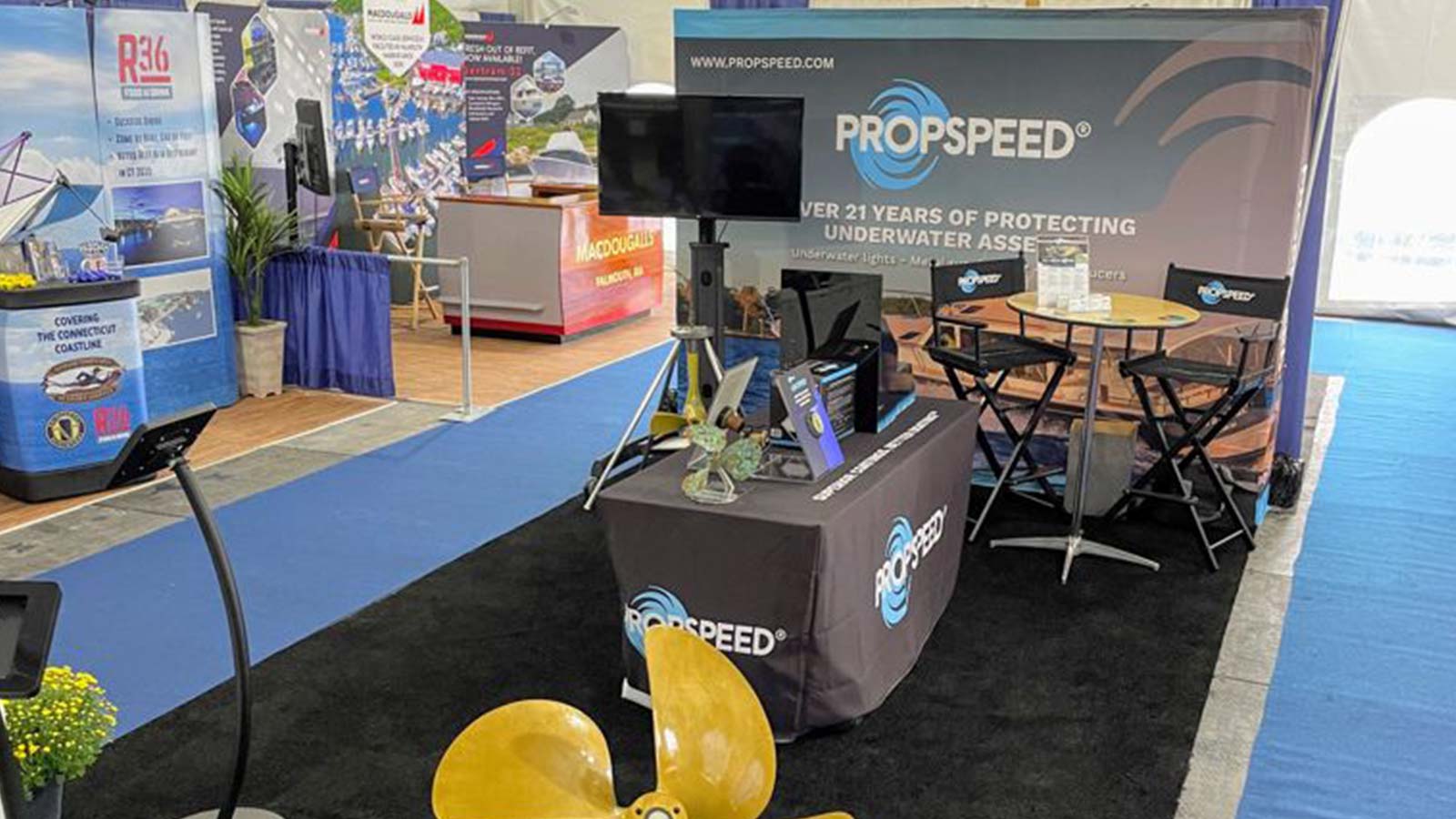 The Propspeed USA team, Rusty Morgan – VP of Sales & Operations, Keith Mayes, Bobby Matos, and Alan Ferland, were blown away by the turnout this year, with the Propspeed stand consistently flooded with excited Propspeed customers.

“The first major boat show in the US since COVID had everybody wondering what to expect, but the boating public made it abundantly clear that there was no stopping them,” said Rusty Morgan. “Newport International Boat Show was one of the best attended shows we’ve been to, with every customer showing up to our booth excited about their boat, the time they had on the water with their family and, more critically, asking well-educated questions about Propspeed and all of the products on display at the show. As a vendor, that tells me that people are passionate about their hobby and well informed about how to protect their assets. It’s the kind of thing that gives me great pride in our sales and marketing team that our messaging and strategy reached the right folks.” 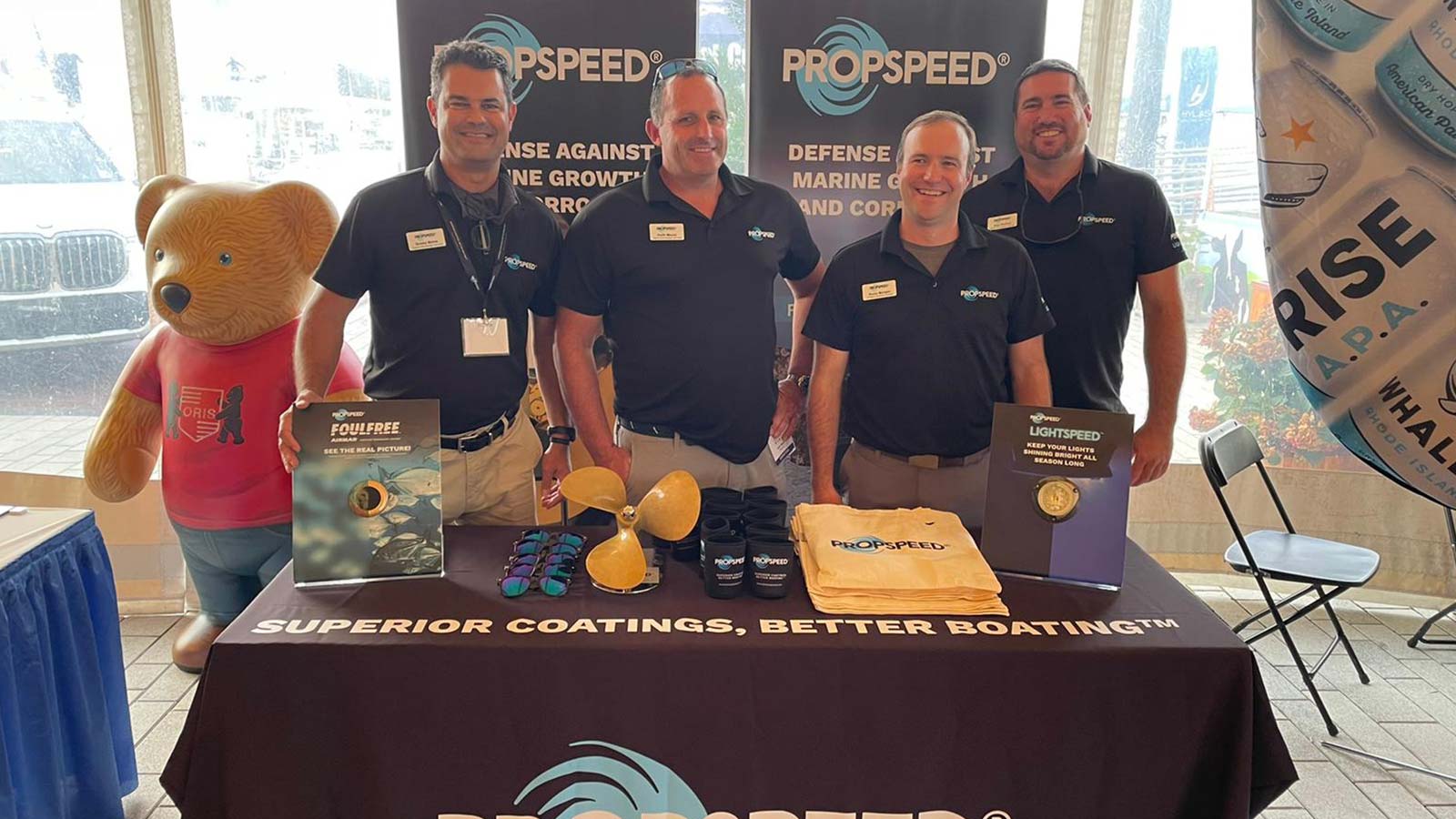 The team earned a much-needed rest after the busy and exciting 50th anniversary of NIBS and are ready to tackle the rest of the USA boat shows this year!

Find out about all of the boat shows we are attending this year here.