Propspeed Improves Boat Efficiency and Proven to Save Fuel

Several Propspeed customers have monitored their performance data before applying Propspeed and after and have shared that information back to Propspeed. 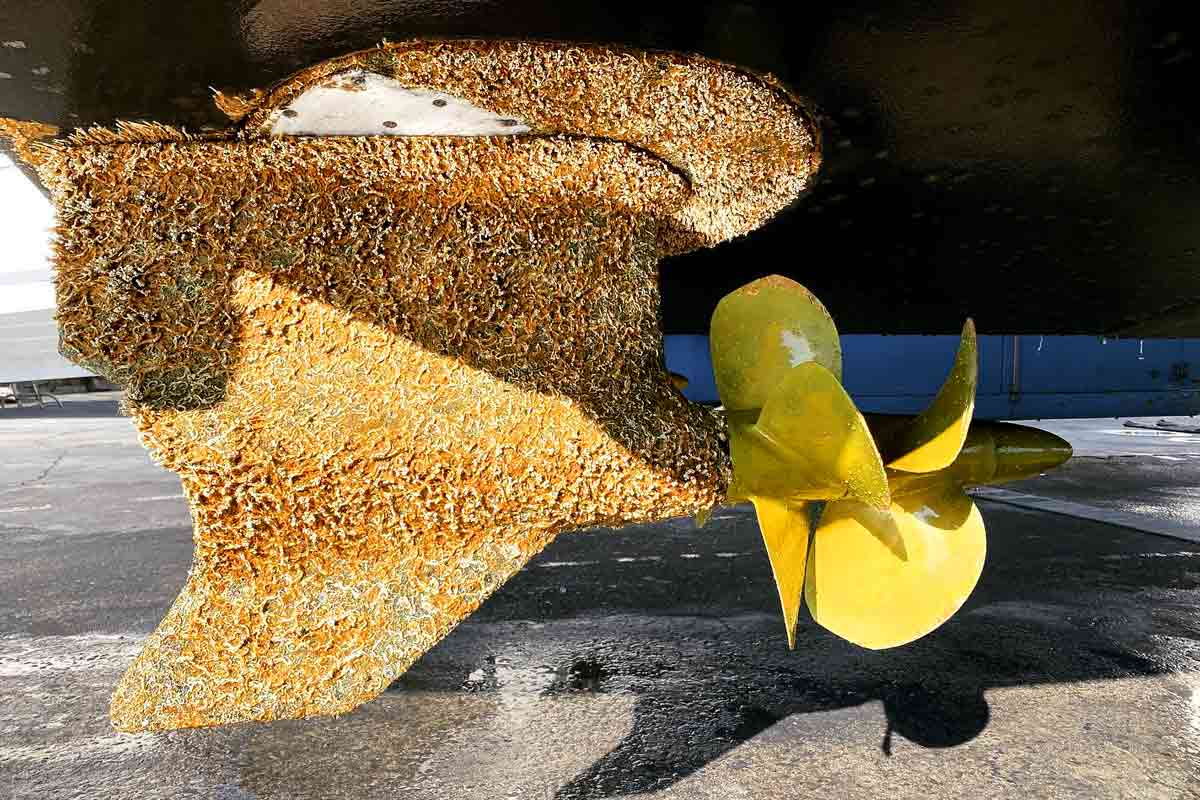 Auckland, New Zealand – Propspeed, leading innovator of underwater foul-release coatings, announced today that Propspeed has been proven to make vessels more fuel efficient, improve performance and offset fuel costs. Several Propspeed customers have monitored their performance data before applying Propspeed and after and have shared that information back to the company.

“Seeing how shockingly high fuel costs these days are, boaters are looking for any way to make their boats more efficient,” said Chris Baird, CEO, Propspeed. “We know that even the smallest amount of drag is a strain on your engines and your wallet. Our products are proven to reduce marine growth on your running gear and underwater metals and give you more speed with less fuel. Just ask any of our satisfied customers!”

Joe Riccio has been using Propspeed since 2016, first applying it to his 2002 Sea Ray 310 Sundancer. He would use the boat as often as possible, clocking up to 150 hours of runtime per season. After noticing a build-up of growth on the running gear, he took advantage of the boat being laid up for winter. After installing new shafts and propellers, Riccio applied Propspeed, the aim being to reduce build-up of growth and protect his new running gear.

"Before Propspeed, the boat was doing about 25.5 mph, burning 16.4 gallons an hour on average. When I launched the boat and went for the first ride with Propspeed, I was amazed at the speed difference. I was going 27.8 mph and burning 15.8 gallons an hour on average. Fast forward to the end of the year when it came time to lay her up for the season; all the running gear was spotless, no growth or tapeworms." – Joe Riccio

When Mark Corke had Seaglass, his Grand Banks 32 out of the water for routine maintenance, he decided to try out Propspeed for the first time. After Seaglass was relaunched, he was eager to see if Propspeed would improve the vessel’s speed and fuel efficiency. 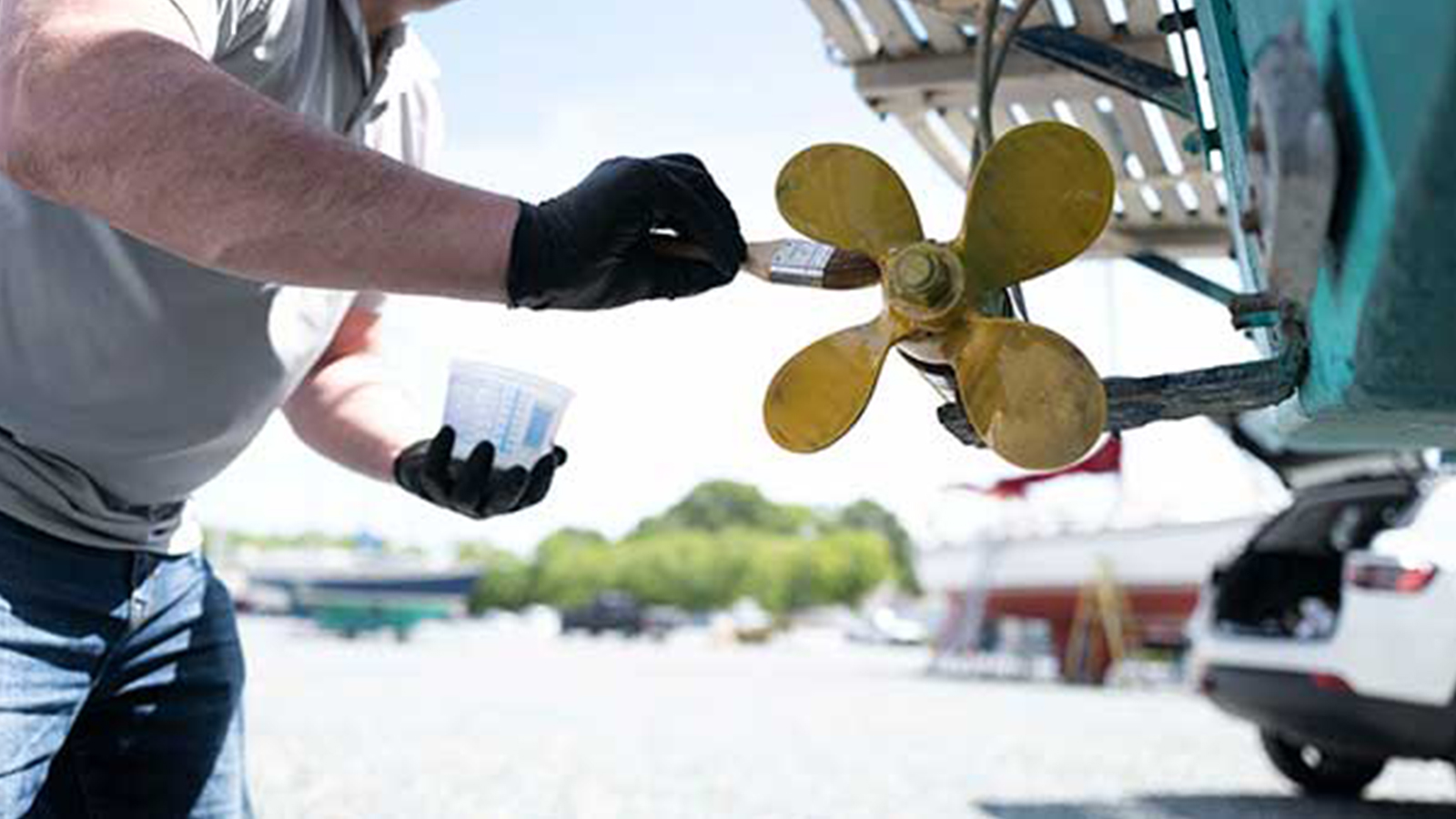 “I’ve run the boat enough over the years to be very familiar with its characteristics; at 1800 rpm, the boat’s speed is a consistent 8 knots. After application, running the engine at the same rpms gave an increase in speed of half a knot and a noticeable decrease in vibration from the reduction of marine growth. By my estimates, I’m using a gallon less in fuel over an 80-mile run and best of all, no fouling of either my prop or stern thruster.” – Mark Corke

Bob Sisk had fresh bottom paint applied to his 2015 Sea Ray 470 Sundancer with twin Zeus-Cummins pod drives. As it hadn’t been discussed prior, the boatyard applied bottom paint to the running gear and left other parts uncoated – the pods and supporting struts were black and the propellers were bare. Bob noted that, “the performance was not very good and over a few months became unworkable due to warm water supporting increased marine growth. My diver was cleaning the boat every other week and explained that he could barely keep up with the growth on the running gear, but that the entire bottom of the boat was spotless due to the bottom paint.” He then decided to return to the yard and had them clean the running gear and apply Propspeed. After having Propspeed applied, Bob was shocked by the results.

“The change to the boat’s performance has been nothing short of jaw-dropping. For now, all I can say is ‘Wow!’ I never expected this much of a difference and I’m beyond pleased.” – Bob Sisk

“I have owed my current vessel for a little over seven months. I generally use it a few days a month typically running 3-4 hours in a day and the boat sits at dock the rest of the time. The main reason I went with Propspeed was my great experience I had with my larger boats, a 45-foot Sea Ray Sundancer and 56-foot Hatteras. Propspeed kept my running gear clean for two years when those boats were used a few times a month and increased fuel economy from around 10% to 15% depending on the vessel. I wanted to wait to respond until I returned to my boat after letting it sit for two months in the Hilton Head, South Carolina area. When I arrived, I saw marine growth on the top of the trim tabs. After running the boat for about an hour, all the growth was gone!” – Larry Goldberg

Propspeed products include Propspeed for running gear and any underwater metals, Foulfree for transducers and Lightspeed for underwater lighting. For more information on Propspeed or our foul-release coatings, click here.